With the help of the GRP constable and MSF jawan, Pratibha recovered the cell phone of Bogarde from the thief
KAMAL MISHRA 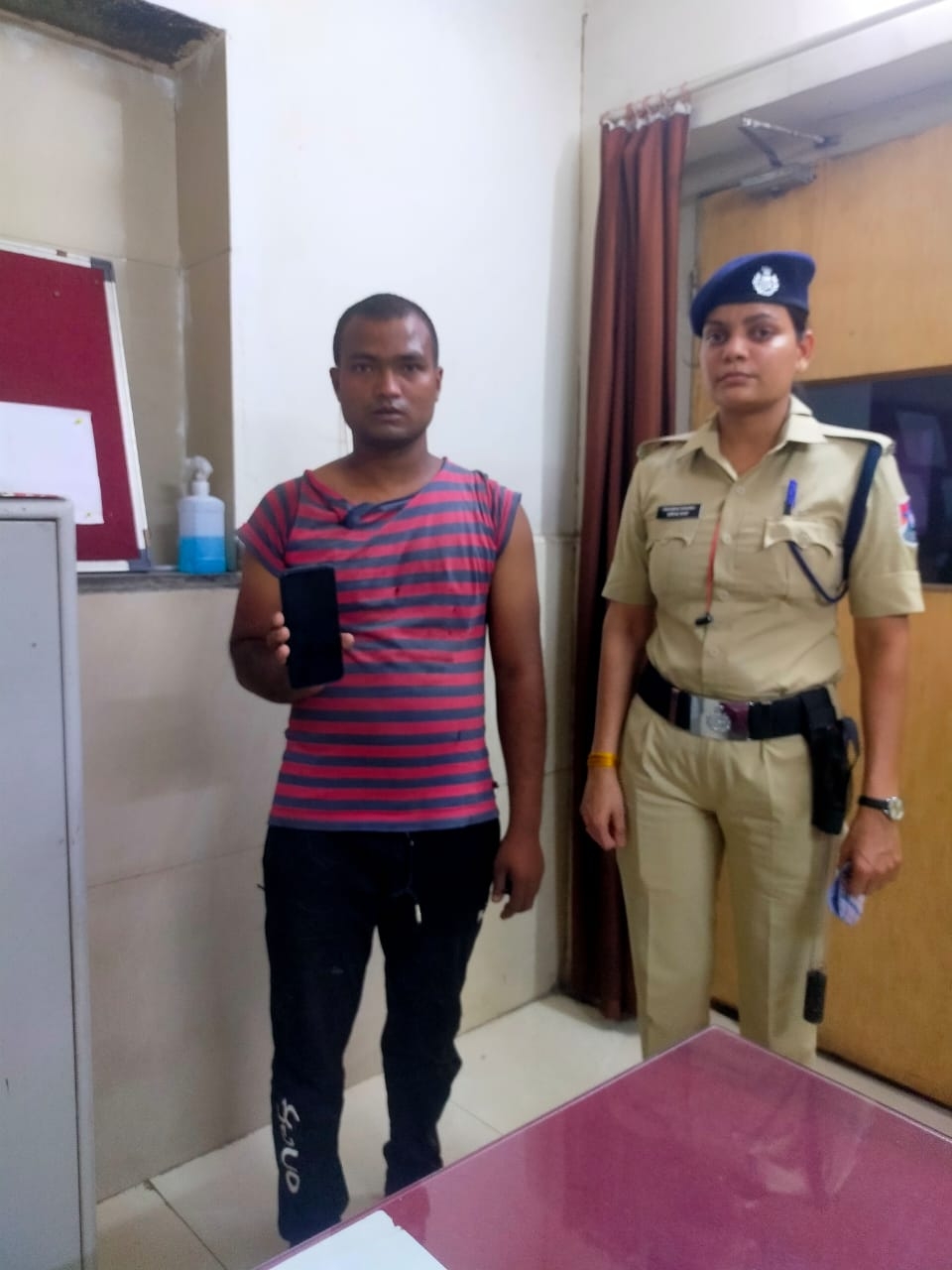 Risking her life, a women constable of the Central railway's Railway Protection Force (RPF) nabbed a mobile thief after chasing him around 500 metres at Kopar railway station on Saturday.

The accused identified as Mohammad Sukhruuddin Zakir Hussain Sheikh (30) was a resident of Vashi and a native of Jharkhand.

The accused, in a bid to escape commuters chasing him on the platform, jumped on the tracks and was nabbed by constable Pratibha Sharma women RPF constable with the help of a GRP personal and an MSF (Maharashtra State Security Force) jawan.

"On November 20th, 2021 Shivaji Vishnu Bogarde (57), a resident of Ishwar Nagar, Digha, Navi Mumbai boarded a Kasara bound slow local from Thane and alighted at Kopar station at 2.24 pm. When the train started moving, an unknown person forcibly pulled his mobile phone from his hand and jumped on the track" said an officer of CR adding that after that Bogarde began yelling (Chor... Chor ) after that Pratibha started chasing the accused.

"When I heard the voice of Chor Chor, I immediately rushed towards the site, meantime noticed that a man jumped on the track, and immediately I start chasing him," Pratibha Sharma told FPJ on Sunday."

With the help of the GRP constable and MSF jawan, Pratibha recovered the cell phone of Bogarde from the thief and later handed it over to the Dombivali GRP, who booked him under section 392 of the Indian Penal Code.

Pratibha Sharma, a former university-level Volleyball player of Ujjain (MP) joined the Railway Protection Force of CR in April 2021. She is now posted at Dombivali RPF post (Kopar station comes under Dombivali RPF post jurisdiction), this is her first posting.

"Pratibha with her colleagues immediately attended the coach and brought down a suspect with a black bag. During preliminary investigation, the suspect revealed his name as Mohammad Sadiq (30), a resident of Delhi.