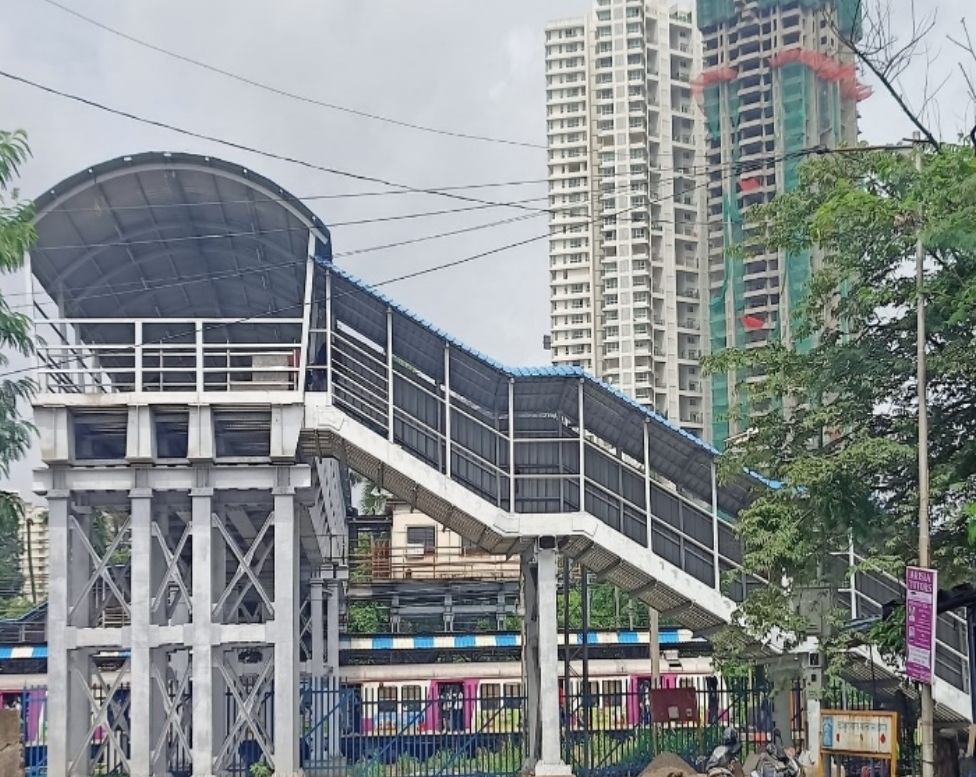 Mumbai Railway Vikas Corporation recently commissioned a 47-metre long and 6-metre wide new foot over bridge at the north end of Nahur station, which saw the connectivity starting from the east-west side of the station.
The new foot over bridge is constructed on the east side and connected to the existing foot over bridge on the west side.
"Earlier East-West connectivity was available only on the south end of the Nahur Station. At the north end, foot over the bridge was available only on the west side. After construction of this foot over bridge, east-west connectivity is available at both ends of the Nahur station," said Manoj Kotak, a Member of Parliament.
Nahur station has been a catalyst in Bhandup's development, catering to the needs of those living in Bhandup East and those near the Airoli Link road. This is also the nearest railway station on the Central Railway connecting to Airoli in New Mumbai. It can also be approached from Bhandup Station from either side. East and West of Nahur station are connected through the Mulund-Goregaon Link Road.
"A new Foot Over Bridge (FOB) at Nahur Station of Central Railway throws open for trespass control, enhancing convenience and safety of passengers. Mumbai Railway Vikas Corporation Limited have successfully endured various infrastructural upgradation and development works to enhance convenience and safety of commuters", said Anil Patke, spokesperson of MRVC.
MRVC (A Public Sector Undertaking of Govt. of India under the Ministry of Railways (MoR) was incorporated under the Companies Act) is involved in executing the suburban rail improvement projects under Mumbai Urban Transport Project. The corporation is also involved in the planning and development of the Mumbai Suburban Rail system. MRVC has constructed 34 FOBs on Central Railway so far.