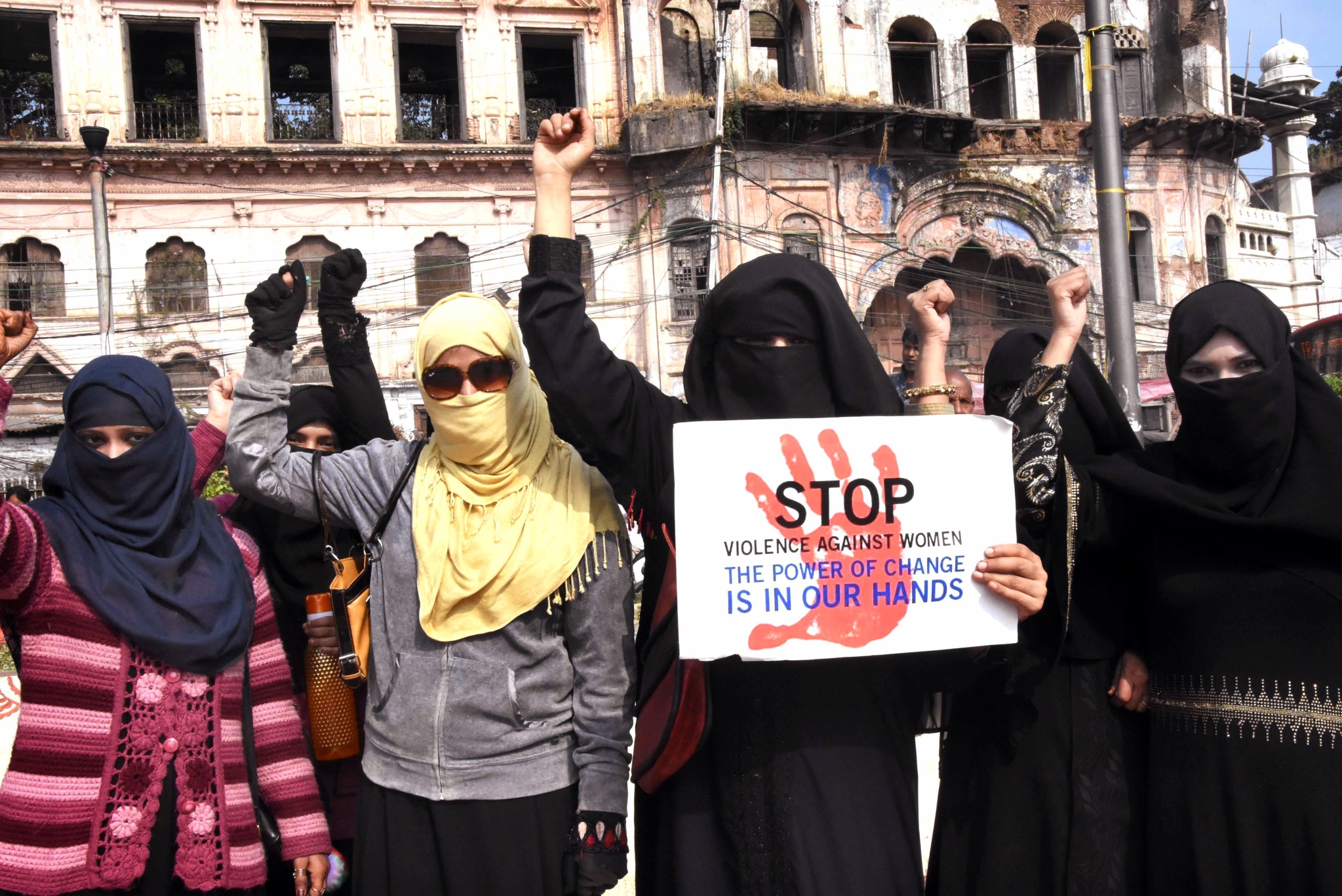 The Citizenship Amendment Act passed by the central government grants citizenship to non-Muslims of Pakistan, Afghanistan and Bangladesh who fled religious persecution and arrived in India until December 31, 2014.

Students of several colleges and universities across the country, including Jamia Millia Islamia in New Delhi and the Aligarh Muslim University (AMU) in Uttar Pradesh, strongly protested against the new citizenship law.

Mumbaikars also staged protests against the act in different parts of the city and some plan to protest CAA today and in the coming days as well.

Here is a list of protests to take in place in Mumbai:

The ‘#MumbaiAgainstCAA protest’ will be staged at carter road in Bandra today at 7 p.m

The 'Say No To #CitizenshipAmendmentAct' protest will take place today at Shimla Park to M Gate, Mumbra, Kausa from 2 pm. 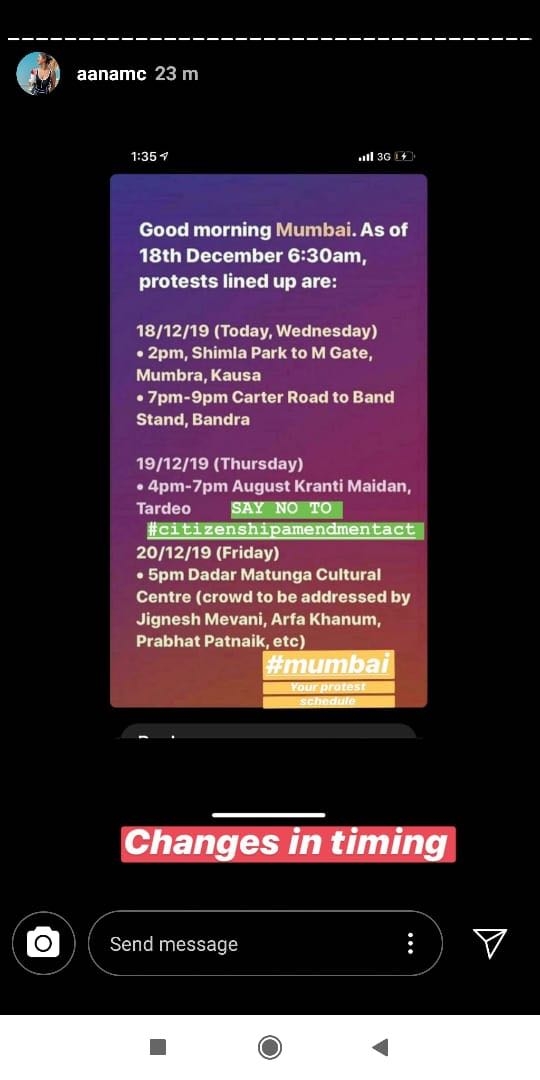 The ‘Mumbai against Citizenship Bill’ protest will take place tomorrow at August Kranti maidan from 4 p.m. 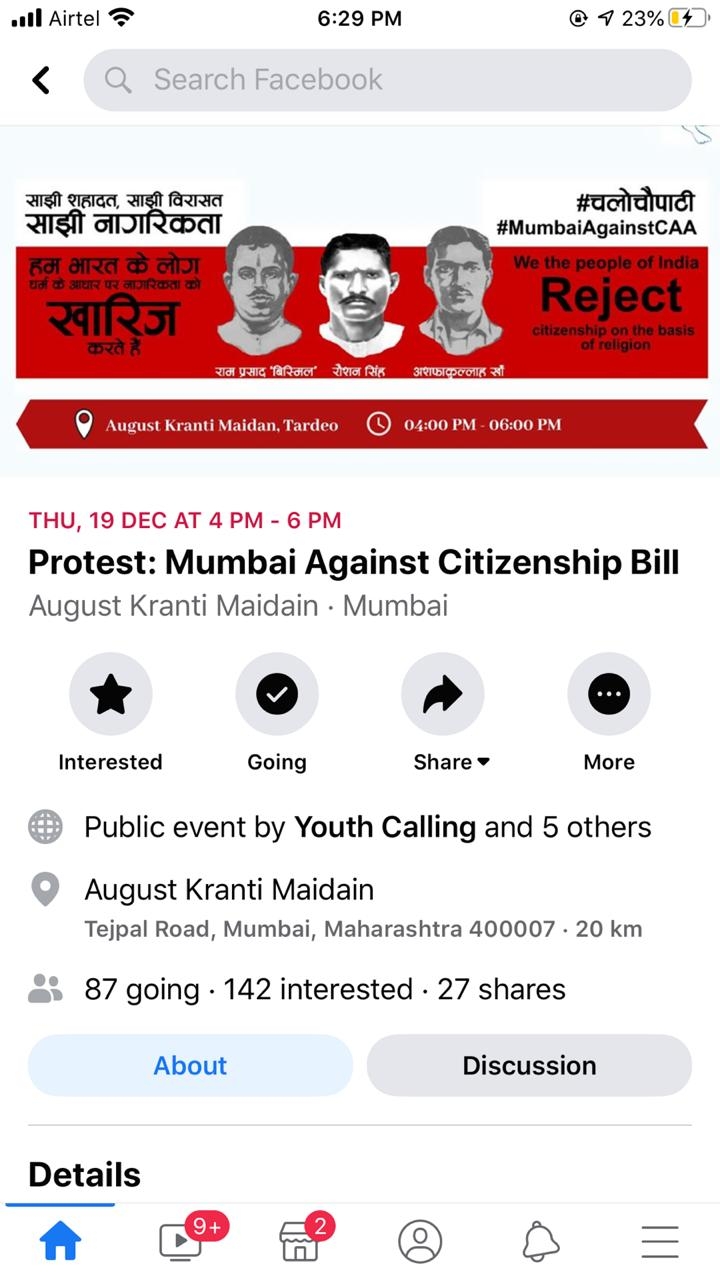 The 'Say No To #CitizenshipAmendmentAct' protest will take place tomorrow at Dadar Matunga Cultural Centre from 5 pm.

The ‘Solidarity with Indian Students’ protest will include an Open Mic and dialogue followed by a reading of the Preamble and Article 14 of the Indian constitution. The protest will be carried out in Jaipur at the Gandhi Circle from 3.45 p.m onwards.

The Citizenship (Amendment) Bill became law after receiving the President's assent following a debate in the Parliament.

More than a dozen petitions challenging the legality of Act have already been filed in the apex court. The petitioners include Trinamool Congress (TMC) MP Mahua Moitra, Congress MP Jairam Ramesh, two NGOs, Uttar Pradesh's Peace Party, among others.