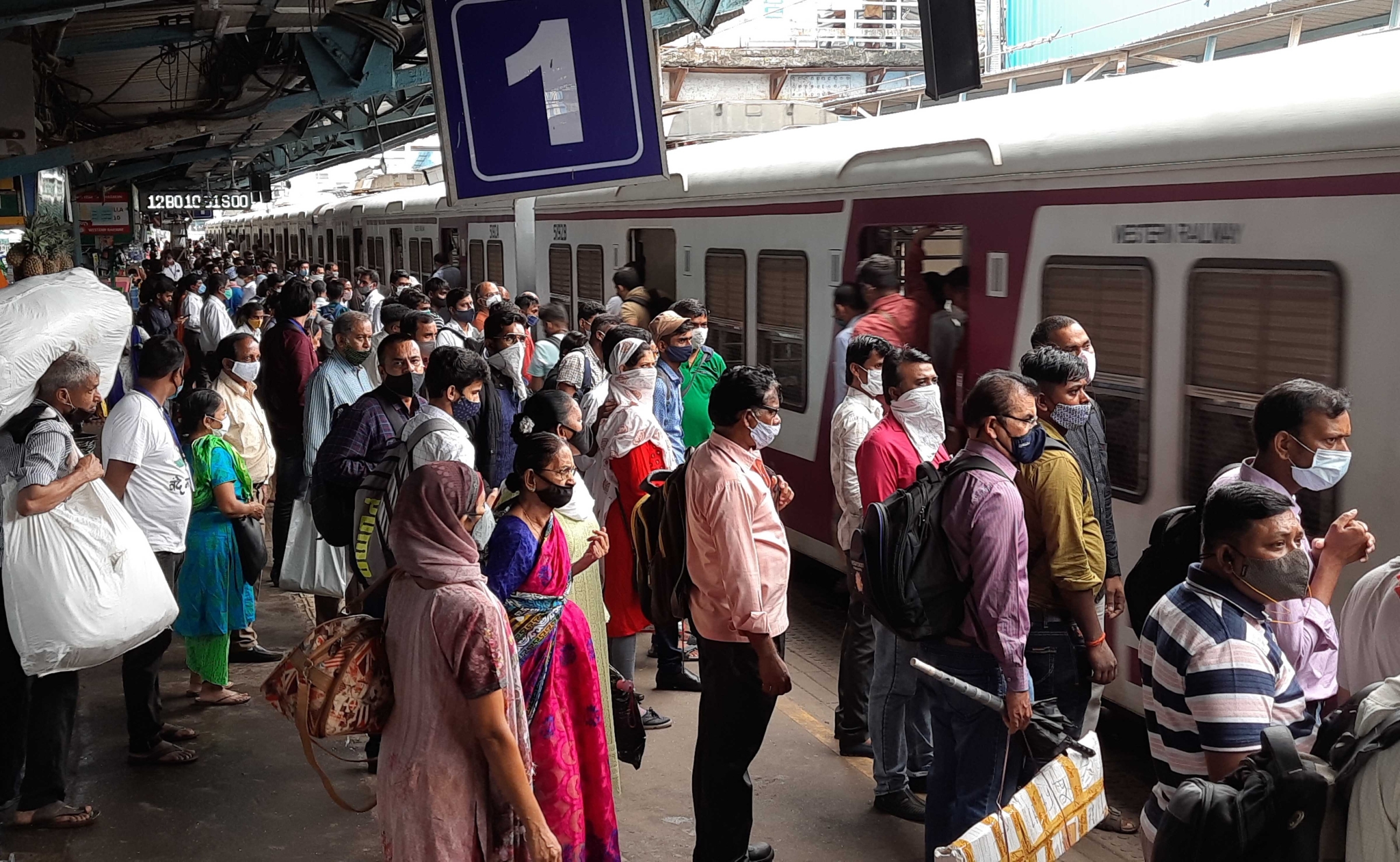 From Wednesday – when the authorities started issuing monthly passes for local trains – to Sunday, a total of about 1.16 lakh people purchased the local train passes on Western, Central, and Harbour lines. Starting today, both the Western Railway (WR) and the Central Railway (CR) will start a total of 173 additional services on the suburban network.

The CR will run 1,686 suburban services from Monday, an increase of 74 services. “With this increase, the total services will stand at 95% of the pre-Covid times, at1,774 services,” Shivaji Sutar, chief PRO, Central Railway, said.

Similarly, the WR will operate 1,300 services from the current 1,201 services starting today. “This increase of 99 services will take the total services operated to 95% of the pre-Covid times which was 1,367 services. Passengers are requested to wear mask at all times,” Sumit Thakur, chief PRO, Western Railway, said.

Railway officials say that they might see an increase in number of daily passengers surpassing 35-40 lakh after mid-September. “This is because the age group of 18-44 years started getting vaccines after mid-June and by the time they would get the second dose, it would be almost a month or more from now,” a senior official said.