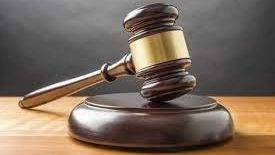 In the last eight years, 1,117 people accused in 97 cases related to murder, rape, robbery and arson connected with the 2013 Muzaffarnagar riots have been acquitted |

After a man spent three years in jail since his friend’s teenaged daughter accused him in 2018 of raping her on two occasions, a special court called the testimonies of the minor and her mother “unbelievable” and acquitted him.

The 14-year-old had accused the man of raping her when she was alone at home. He had been living with her family for eight years before the incident allegedly took place in 2017. She said he threatened and beat her so that she would not reveal the matter to anyone. Her mother lodged the report after she told her mother about his touching her inappropriately.

Special judge under the Protection of Children from Sexual Offences (POCSO) Act, Kalpana Patil, called the accounts of rape in the testimonies of the mother and daughter as “vague” in respect of the day, date and time of incident. It also noted that the two contradicted each other in their depositions. While the victim had told the court that she told her mother about the incidents and the latter did not believe her, the mother had told the court that she had come to know about the incidents only on the day she filed the complaint.

Their evidence, Judge Patil said, “does not inspire confidence”. The court also pointed to the delay of one year and four months before the two approached the police to lodge the complaint and said this affects the credibility.

“It appears strange that after serious incidents of rape the victim remained silent due to fear of the accused and after incidents of inappropriate touch she disclosed the facts to her mother who immediately approached the police,” the court stated. In this background, it said their evidence appears “unbelievable”.

The court also observed that the history given to the medical officer by the victim after lodging the complaint is “totally contradictory” to her statement before it. It found that particulars such as the man switching off the lights and closing the curtains before raping her and touching her inappropriately at night, were stated first time before the court and were not mentioned in her police complaint.