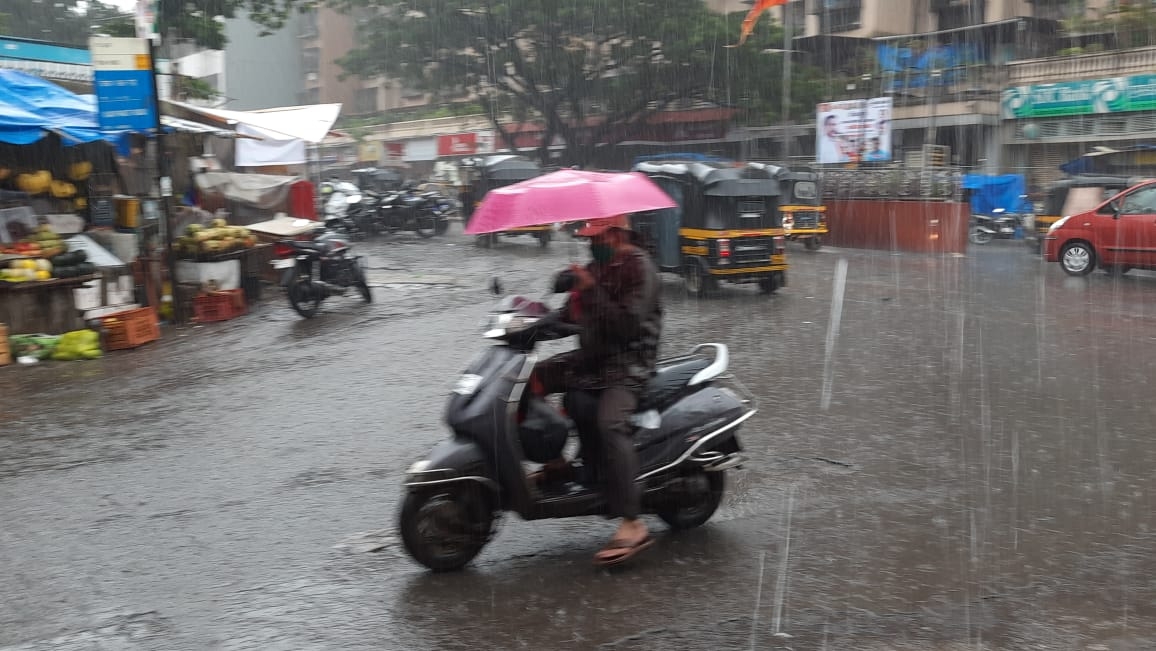 Areas - Bhandup, Ghatkopar, Mulund, Bhiwandi, Vikhroli and some parts of Navi Mumbai witnessed unseasonal rains. Netizens took to Twitter to share videos and pictures of the untimely rains post Diwali festive season. Ideally, during this time, the maximum city witnesses chills of winter season, however due to incessant rainfalls in neighbouring states the city is witnessing a spell of rains.

Take a look at these videos shared by Twitteratis:

Meanwhile, minimum temperatures in Mumbai rose to 26.5 degrees on Wednesday which according to IMD data is among the highest recorded in this decade. The relative humidity recorded was also higher than normal.

According to IMD, the unseasonal drizzle was due to a low-pressure area over east-central Arabian sea off Goa and Karnataka coast.

According to Skymet Weather, a private weather agency, rains are observed over Mumbai during non-Monsoon months only when a weather system is developing in the Arabian Sea and coming closer to the coast of Maharashtra.

The IMD forecast also stated that light rain and thundershower activity is 'very likely' on Thursday, November 18 and 'likely' on Sunday, November 21. The two days in between ie Friday and Saturday are expected to remain dry.