Mumbai: Due to heavy downpours in Mumbai the previous night, minor landslide reported at Kharghat Parsi Colony at Pedder Road in South Mumbai. The Brihanmumbai Municipal Corporation(BMC) D ward Assistant Municipal Commissioner (AMC) Prashant Gaikwad confirmed and told the Free Press Journal that, as a precautionary measure they have now asked the old building residents of the Khareghat Parsi Colony to vacate their houses for time being.

"The building retaining wall comprising of around 10 feet collapsed due to which the mud from the hill is slipping. The flats at ground floor of this building have been largely affected. Also since the said building is old and constructed in 1920's the residents have been alerted," he said.

The Kharghat Parsi Colony is part of the same hillock, a portion of which collapsed on August 6 that had affected the traffic at Pedder Road. A resident told that after this incident the uprooted trees or debris had not been cleared till date from the Ridge Road (BG Kher Road) connecting Hanging Garden to Kemps Corner that caused the landslide.

Gaikwad said, "We haven't touched the affected area as told by IIT Bombay to us. Also clearing of trees will further cause more destruction. This area is surrounded with residential buildings and having huge human density."

The official asserted that to begin the work the rains should completely stop and we are just waiting for monsoon to get over. Meanwhile, the reports from IIT Bombay is expected anytime soon. Meanwhile, the hill area has been surveyed --drone survey, LIDAR survey, geotechnical testing of soil has been done, Gaikwad informed. 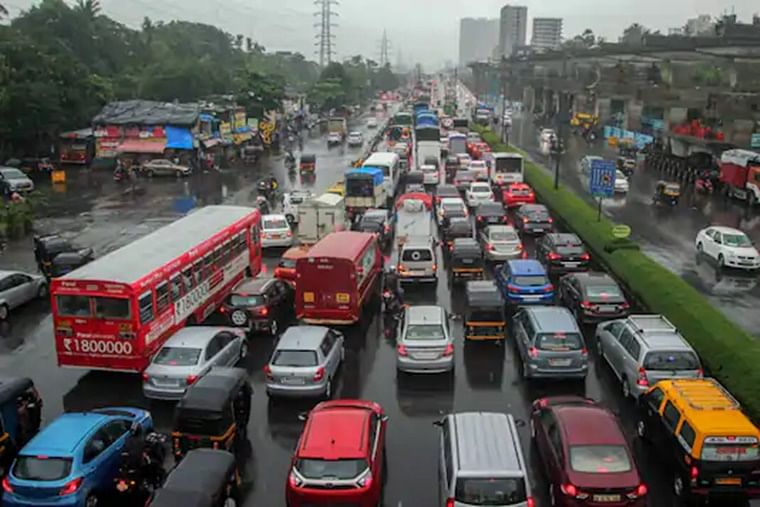