Jitendra started his summit push around 9.30 pm on Tuesday. He was accompanied by his fellow Sherpa Pasang Zarok Sherpa, Jigmat Tharchin (a mountaineer from Ladakh) and his fellow Sherpa. After gruelling climb for over 10 hours, all the four members reached the summit of Mt Everest having an altitude of 8848.86 meters. Jitendra faced severe cold spells throughout the climb as the temperature fell down to minus 40 degrees. The gushing winds and low oxygen level (only 1 to 2%) tested the skills of mountaineers.

However, with sheer grit and determination, Jitendra overcame all the challenges to reach the highest point of the world.

Jitendra has been working on physical and mental fitness for several years. He has climbed several peaks in last three years including Mt Kanchenjunga and Mt Ama Dablam. In this season, with a gap of just 25 days, Jitendra managed to pull out the stunning achievement of his mountaineering career by climbing two 8000er mountains, one being the toughest amongst the fourteen 8000er mountains and the other being the tallest mountain in the world. He climbed 8091-meter tall Mt Annapurna, the tenth tallest mountain in the world, on April 16 and Mt. Everest on May 12.

Jitendra credits Giripremi organization for helping him grow as a mountaineer. He believes that without the support from Umesh Zirpe and Giripremi he couldn't have achieved whatever he has achieved in his career. He also thanked his fellow Sherpa- Pasang Zarok Sherpa and Peak Promotion Ltd, the Sherpa agency in Nepal for their constant support during the entire expedition. 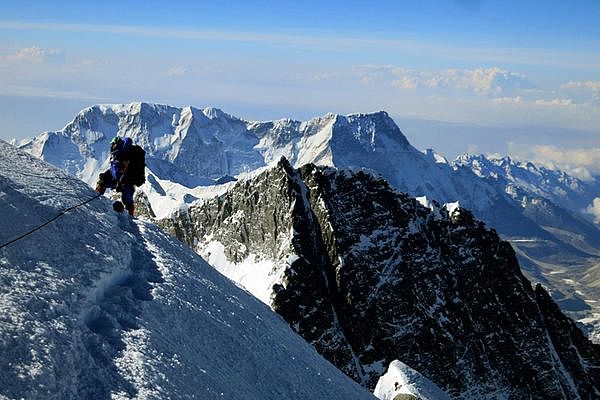