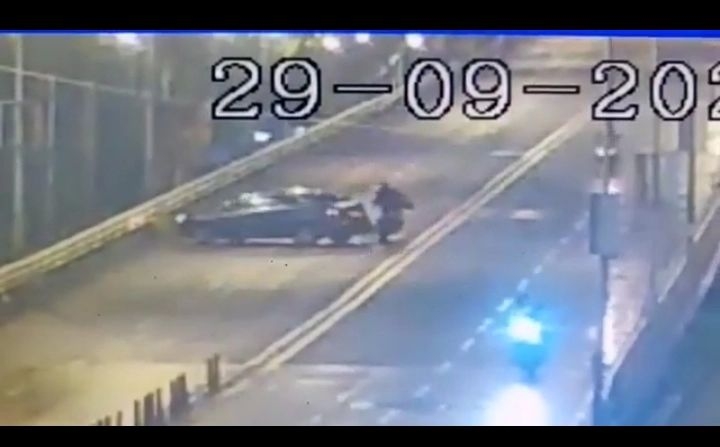 The N M Joshi Marg police have scanned over 500 CCTV camera footages in order to trace the car and it's driver which abruptly took u-turn on Lower Parel bridge, killing two men on motorcycle on Wednesday night. The accused who was arrested on Friday is identified as Amit Kumar (30), a resident of Andheri.

"The accident took place in the night and it was very difficult to identify the vehicle and it's number, however our team scanned over 500 CCTV camera footages and managed to trace the vehicle and it's driver " said Pratap Bhosale, senior inspector of N M Joshi Marg police station.

Kumar, a manager at a hotel recently shifted to Mumbai along with family, hails from Himachal Pradesh, said police. In his statement to the police, Kumar claimed that, just before the accident his wife called him and informed that his daughter suddenly fell ill, as a reason he abruptly took u-turn.

Kumar who was booked for causing death by negligence, rash driving and for causing hurt by act endangering life or personal safety of others along with sections of Motor vehicle act was produced before the court on Friday which granted him bail.

The entire incident was captured on CCTV camera in which the car driver was seen escaping from the spot along with the car.

The biker Bhavesh Sanghvi, 25 and Krishna Kuradkar, 26 we're rushed to the BYL Nair hospital however they succumbed to injuries. The scooterist Ashfaque Multani received minor injuries. Mumbai: 15-year-old killed while 2 others injured in motorcycle accident on Sealink-BKC flyover