HomeMumbaiMumbai: No bail for lad doing well in remand home

Mumbai: No bail for lad doing well in remand home

Last year, when the youth was 17, he was booked with six others in the murder of a 20-year-old in his locality at Ghatkopar.

Picture for representation. | Photo: Representative Image
Follow us on

Mumbai: A special court has denied bail to an 18-year-old lodged in the Dongri observation home for children, reasoning that he had made good progress in education which could be disturbed if he were to be taken elsewhere by his mother.

Last year, when the youth was 17, he was booked with six others in the murder of a 20-year-old in his locality at Ghatkopar. The victim was called out of his home at night and attacked with pavern blocks, iron rods and a knife. 7The youth was detained on May 2 last year.

Special Judge Kalpana K Patil went through the report of the probation officer at the observation home and found that the applicant was making good progress in his education and taking keen interest in learning professional skills. 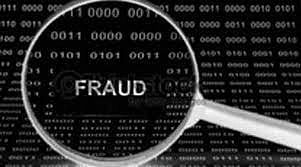 She said it appears from the report that while the youth was influenced by friends with a criminal background outside, he was improving himself at the observation home.

She felt releasing him on bail would increase the chances of him falling in the wrong company again.

The youth told the court that, his mother was ready to take responsibility for him and an NGO would be taking care of his education. His mother planned to take him to their hometown, Ahmednagar. The court, however, felt the shift would disturb his education, besides making it difficult for him to attend court hearings