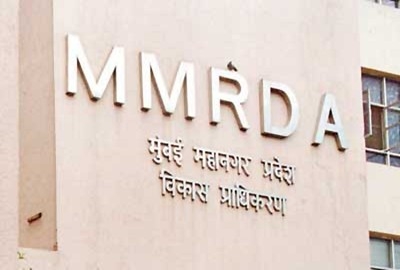 The Mumbai Metropolitan Region Development Authority (MMRDA) has paid Rs 5.21 crore to its private public relation agency. The amount was paid when a complete lockdown was imposed throughout the country and all hotels, restaurants and transportation were closed, with a call to stay indoors.

City-based activist Anil Galgali obtained this information through a Right to Information (RTI) query. He has alleged that the PR agency kept footing dubious bills running into lakhs of rupees every month to squeeze money from the MMRDA. “Which authority hires an agency for upgrading its public image, despite the fact that it already has a full-fledged PR department,” he said, further alleging the agency, without cross-verifying the bills, kept remitting huge amounts, as mentioned in their agreement.

In a letter to Chief Minister Uddhav Thackeray, MMRDA chairman Eknath Shinde and Metropolitan Commissioner SVR Srinivas, Galgali has demanded a fair probe into this issue.

A detailed query was sent to Srinivas seeking his reaction. However, he remained unavailable for comment.

Galgali has stated that when the pace of work in the government and other agencies was slow during from March to May 2020, MMRDA’s private PR agency submitted bills running over Rs 21 lakh every month and the MMRDA generously cleared these.

The MMRDA informed Galgali that after the approval of the then Metropolitan Commissioner RA Rajiv, M/s Mercantile Advertising was hired from July 15, 2019, after he took over as administrative head. The work was given despite no previous record of handling media and just a few hired personnel. Galgali pointed out that the amount was spent despite MMRDA having a full-fledged public relations department, on which it spends Rs 1.5 lakh per month on two officers and Rs 25,000 on contract employees. He claimed that the new PR agency was given a cabin free of cost on the 6th floor of MMRDA building for which no monthly rent was charged.

Alleging corruption, Galgali said, “In my view, the MMRDA could have spent this public money on projects used by the public or upgrading its in-house PR department.” He expressed surprise that on the one hand, the MMRDA is facing a shortage of funds, and on the other hand crores of rupees are being spent on private PR agencies.