Soon after the incident, Ansari was taken to a nearby hospital where doctors treated him.
Sachin Gaad 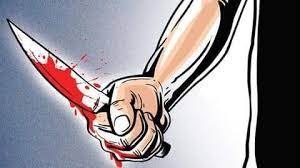 The MRA Marg police arrested a man for allegedly stabbing a 44-year-old man over pending dues. Soon after the incident was reported to the police, the police arrested the accused Kasam Shaikh (52) on the charges of an attempt to murder.

The incident took place on Wednesday when the accused met the victim Jamal Ansari at his shop at Musafir Khana, Ansari runs a carpet store, said police. According to the police, Shaikh had lent ₹6 lakh to the Ansari, however, he was unable to repay it.

An argument ensued between them over pending dues and in a fit of rage, Shaikh allegedly stabbed him with a knife. Shaikh also dashed Ansari with his taxi before escaping, said police.

Soon after the incident, Ansari was taken to a nearby hospital where doctors treated him.

On the complaint of Ansari, the MRA Marg police arrested Shaikh on the charges of attempt to murder, intentional insult and criminal intimidation.