Even as the pandemic has given time for the medical fraternity to breathe a sigh of relief, there seems to be no respite for patients as they continue to face difficulties in procuring medicines at the state-run Sir Jamshetji Jeejeebhoy (JJ) Hospital – one of the largest public hospitals. The hospital has run short of basic emergency medicines which has compelled patients to purchase them from outside by paying for the same. Notably, these medicines are usually given to patients at the JJ Hospital free of cost. According to the hospital authorities they had provided the list of medicines to the Directorate of Education and Medical Research (DMER), but there has been no response from them.

Nearly 3000 to 4000 patients visit the outpatient department of the JJ hospital on a daily basis, with a few of them getting admitted if their case is serious and needs immediate attention. However, over the last few days, the hospital is facing a shortage of basic medicines which are being given to OPD patients or IPD patients in the hospital premises, after being prescribed by a doctor. The patients are failing to get medicines like Paracetamol, Azithromycin, Cetirizine, Doxycycline, Diclofenac sodium, among other medicines that are not available at the hospital.

“Procuring of medicines for the hospital is a lengthy process for which we need to provide a list of medicines needed three to four months before the stock gets over. Considering that we had given a list of 40 medicines which are being given to patients free of cost, but currently, there are only 15 to 20 in stock, creating a huge shortage,” said a doctor on condition of anonymity. He added that the hospital is also facing a shortage of intravenous medicines for the patients who are admitted.

He further said that in September last year, hospital authorities had provided the list of medicines required to the DMER, following which it was forwarded to the Haffkine Institute which is the nodal body in procuring medicines. “We do not have any other option left other than asking patients to purchase the medicines from outside due to which many patients are get annoyed at us,” he said.

Read Also
Doctor should not be blamed for shortage of medicines at JJ Hospital: IMA to Maharashtra govt 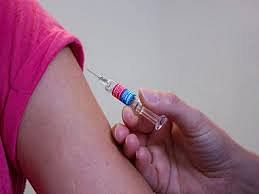