Mumbai police have registered six accidental death reports (ADRs) in connection with the fire that broke out in a residential building in Tardeo area of central Mumbai, which claimed six lives and left 23 others injured, an official said on Sunday.

The blaze had erupted on Saturday around 7.30 am at Sachinam Heights, a ground-plus-20-storey building located opposite Bhatia Hospital at Gowalia Tank.

"As the fire claimed the lives of six persons, separate accidental death reports were registered at the Gamdevi police station on Saturday night," the police official said.

The police are waiting for a report by the fire department as well as the Brihanmumbai Electric Supply and Transport's (BEST) electricity wing to know the exact cause of fire, although preliminary investigation has revealed that it broke out due to a power short circuit, he said.

Officials had said that the fire was extinguished nearly five hours after it broke out.

Deputy Commissioner of Police Sourabh Tripathi had said that primary information indicated that the fire started on the 15th floor and spread upward to the 19th floor, which was affected the most.

Following the incident, the Brihanmumbai Municipal Corporation (BMC) set up an inquiry committee. 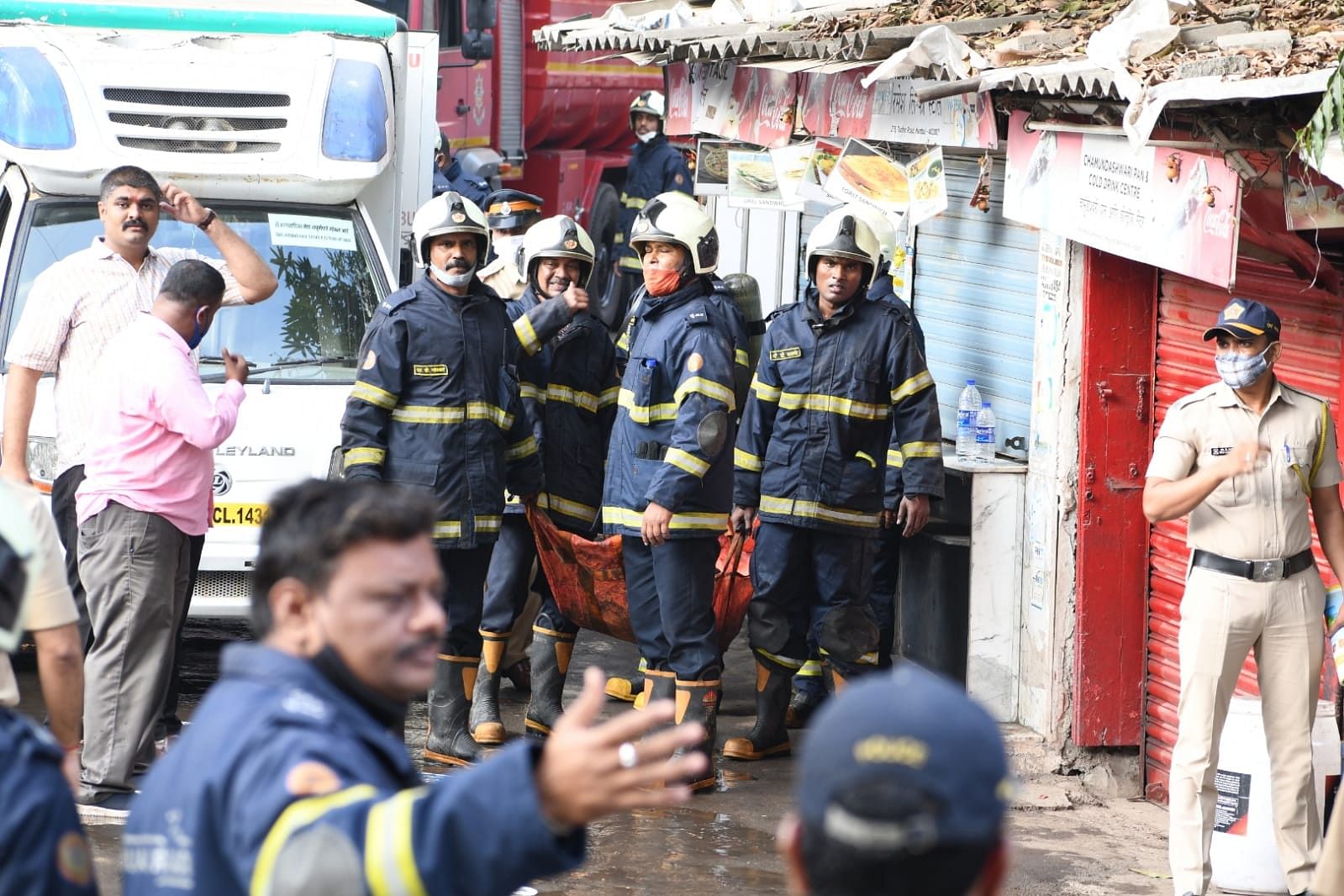