Mumbai: GRP conducts drill at CSMT in a live situation to assess response 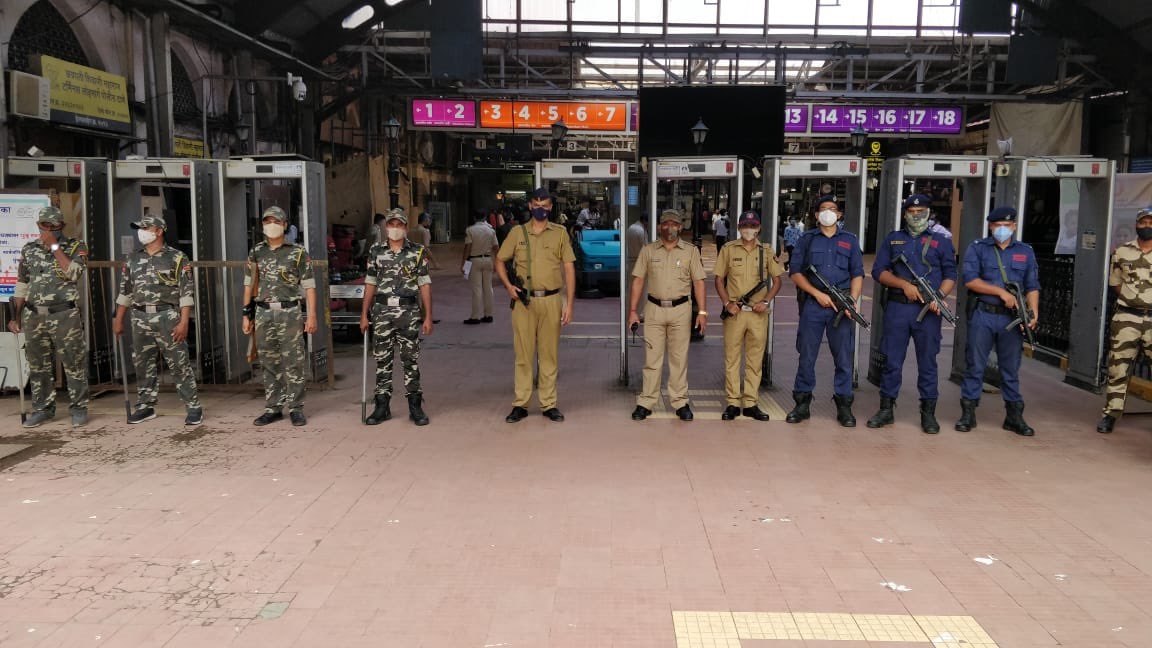 In a first, the railway police, on Thursday afternoon, conducted a live security alertness drill at Chhatrapati Shivaji Maharaj Terminus (CSTM). This drill, which went on for about two hours, took passengers and all those who had participated by surprise. Apart from senior railway officials, Railway Protection Force (RPF), Mumbai Police, Railway Police and Force One, the lower rung weren't informed about the drill in advance to check their preparedness and manner of response in a terror attack situation ahead of Independence Day. Two dummy terrorists, who were planning a gas attack, were neutralised by the security forces.

"We keep receiving terror threat inputs. On the basis of these inputs, we check our preparedness. Lots of inputs have been coming lately. We needed to check our preparedness in case of a terror attack situation. Recently, we had a meeting with senior railway officials and the state police department in which we discussed the security drill. This time, we decided to carry out a live situation drill. The lower rung, who were part of the actual drill, were not informed about it in advance. The basic idea was to create a real situation to assess how we respond to it," Commissioner of Police (Mumbai Railways), Quaisar Khalid told the Free Press Journal.

He added, apart from those already present at the CSMT station, 250 personnel from Force One, Railway Quick Response Team and Railway Protection Force were involved in the drill. "An alert message was sent to the control room that some extremists have entered the premises with the intention to cause a terror attack using gas. Accordingly, all the security forces involved reacted to the call. We checked the response time, the difficulties faced for the security forces to reach the spot after receiving the information, and the manner in which the control room of railway police and city police responded to the situation. Assessment for the scope of improvement will be done on the basis of the outcome of the drill," said Khalid.

When asked how the commuters reacted to the drill since they were not aware that a drill was being conducted, Khalid said, "It was a live situation, where trains were coming and passengers were present. It was certain that there was some amount of panic, but our efforts to keep the scenario real helped us understand how passengers react, how the announcement system briefs passengers and guides them to a safe passage, where should our security forces gather at the station for briefing and who should be deployed where, amongst others. It was a detailed drill. This is the first time a drill was conducted in a live situation. Our security forces managed to capture two suspects (dummies) who were intending to carry out a gas attack. After successfully completing the drill, the personnel came to know it was a mock. A sub-inspector or inspector who caught the suspects wasn't aware that it was a mock drill."