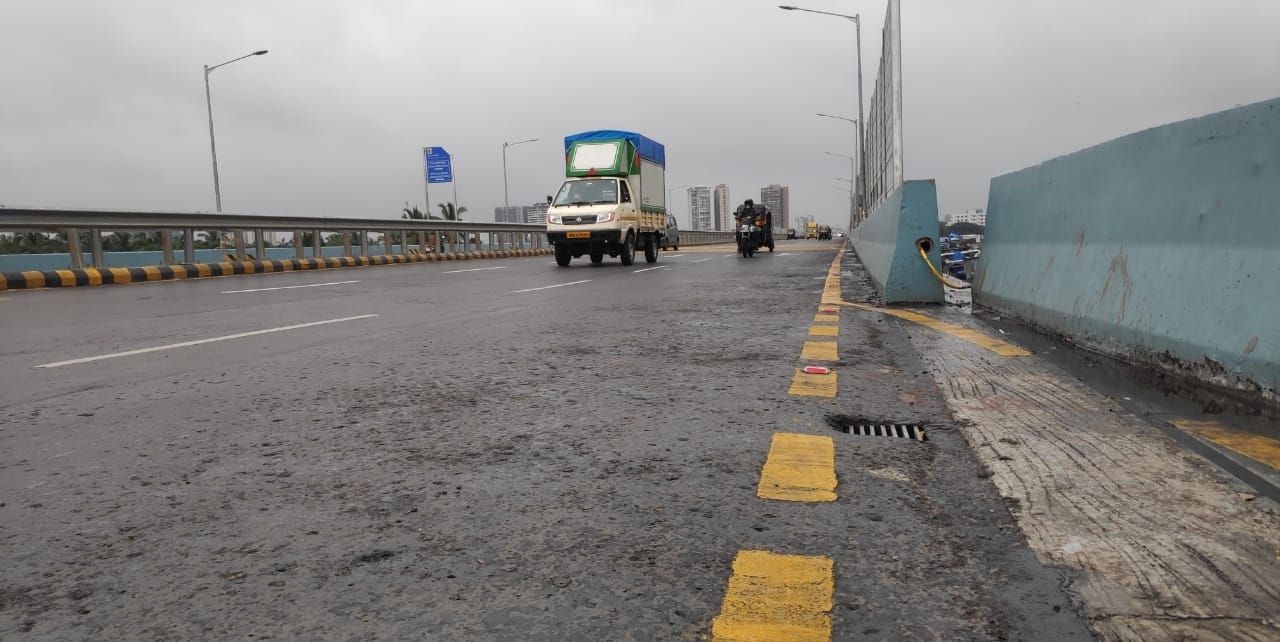 The shoddy work of the BMC has come to light after a 34-year-old motorist lost his life on Monday. The biker was travelling on the newly-opened Ghatkopar-Mankhurd flyover, when his two-wheeler skid. While the pillion rider, Yusuf Ismail Khan, a Govandi resident, died on the spot, the driver, Akhtar Jamir Khan, suffered serious injuries and is undergoing treatment.

Meanwhile, the police said that they have received several complaints from motorists about the bridge being slippery, especially during the rains. Currently, traffic has been temporarily diverted.

Senior inspector from Deonar police station S Agwane said, “It was raining and the road had become slippery. Due to this, Aktar lost control of the vehicle it skid,” Agwane said.

No case has been registered yet as the family was busy with the last rites.“The police have registered an accidental death report,” he said.

The flyover was constructed by the BMC and was inaugurated on August 1 by Chief Minister Uddhav Thackeray. Following the incident, residents and activists have slammed the BMC for carrying out such shoddy work. A video of the oily road went viral on social media. Activists claimed that the oil is oozing out from the asphalt due to the poor quality of tar used in construction.

Activist Faiyaz Alam said in one month at least 12 accidents have taken place on the flyover.

Mumbai North Central District Forum (MNCDF), a citizen’s forum, took to twitter and urged the administration to book the contractors for shoddy work.

On August 4, the BJP had written to the civic body saying that poor quality of raw material was being used to construct bridges and roads.

“We had already warned the administration that accidents can take place here. More than Rs 700 crore was spent on the construction of the bridge and this is what the outcome is,” said senior BJP corporator from Ghatkopar, Bhalchandra Shirsat.

Local Samajwadi Party MLA Abu Azmi, who carried out an inspection of the bridge on Tuesday said he received several complaints from commuters saying that many motorists speed up here which results in accidents.

“I have written to guardian minister Aaditya Thackeray and have requested to order a structural audit of the bridge,” Azmi said.

Meanwhile, deputy chief engineer of the BMC bridges department Satish Thosar said the accident took place due to over speeding. Thosar said there are speed limit boards put up on the bridge which riders don’t follow.

“The maximum speed limit is 50 kmph. Now that heavy vehicles are not allowed on the bridge, motorists drive between 60 kmph and 100 kmph, which is dangerous,” he said.

Another senior BMC official said there is no structural fault. “The asphalt has become glossy due to the rains which is why it appears like oil has been spilled over the road, we will be roughening the surface as soon as the monsoon is over,” said the official.