Mumbai: Even births and deaths are fudged 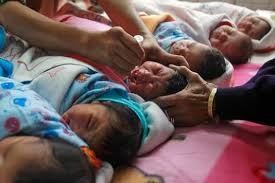 The Virar police are probing the recent unauthorised access to the government computer network, through which the conmen prepared 43 bogus birth certificates and six death certificates. The complainant, a nurse named Charusheela Bhawar, works in Virar Rural Hospital. The complaint said that the health authorities came to know about the forgery as the documents were prepared in the hospital’s name.

“The state government has an online civil registration system (CRS) which maintains the records of those who are born and who die in state-affiliated hospitals. The password and the user ID is with the district health officer. During the audit, it came to light that prior to September 30, 43 birth certificates and six death certificates were forged,” a Virar Police officer said. “The forged documents are in the name of Virar Rural Hospital and it appears that the CRS system of the said hospital had been misused,” he added.

A case has been registered under Sections 467 (forgery of valuable security) and 468 (forgery for purpose of cheating) of the Indian Penal Code and Section 43A (compensation for failure to protect data) of the Information Technology Act.