Says he is prolonging stay at private hospital to avoid jail.

Mumbai: The Enforcement Directorate (ED) on Thursday made an application before a special court seeking that a medical board comprising senior government doctors examine NCP leader Nawab Malik to verify his health condition as he has been at a private hospital for over four months. It alleged that he is prolonging his stay at the facility to stay out of prison.

Malik has been at a private hospital in Kurla for kidney and other ailments. He was arrested by the agency in February this year in a money laundering case connected to a land in Kurla.

The agency said in its plea that he has been taking undue advantage of the court’s lenient view taken by the court for his medical treatment and that it has no credible information on his health status. 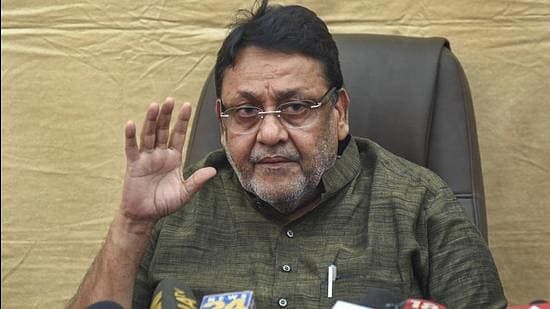 If further treatment is required, it said, the same may be availed at the state-run JJ hospital or other government hospital. It sought that a medical board consisting of senior doctors be constituted for a detailed medical examination of him to determine his “actual health condition”. Malik’s advocate Rohan Dakshini is expected to file a response to the plea on the next date.

Malik had sought temporary bail on medical grounds, which the court had rejected in May. It had, however, permitted him to get treatment at a private hospital as part of its order. Seeking bail for six weeks for surgery for a kidney-related ailment, Malik had told the court that he needs a hygienic environment and that the conditions in Arthur Road jail are inhuman.

The plea further pointed out that he is 62-year-old and has a medical history including that of diabetes, liver issues, and hypertension among others. He has to be constantly monitored and has to undergo regular tests, for which he needs to be treated at a private hospital.

He said that the treatment at JJ Hospital is not adequate and that he requires treatment and surgery by his own doctors, who have been treating him for more than eight years.