The Enforcement Directorate is on the lookout for a man who could play a key role in the probe against the company owned by Chief Minister Uddhav Thackeray’s brother-in-law in a money laundering case. The alleged operator of shell companies, Nandkishor Chaturvedi, has been off the agency’s radar for the last many months. The ED had also earlier communicated to Chaturvedi to get his statement recorded in the case, but the latter never responded, say agency officers.

On March 6, 2017, the agency had recorded a money-laundering case against Pushpak Bullion and other companies of the Pushpak Group, under the provisions of the PMLA, for allegedly laundering money in the post-demonetisation period. In September 2017, the ED had arrested Chandrakant Patel of Pushpak Bullion, Mumbai, for allegedly purchasing 285 kilograms of gold post-demonetisation, with laundered money.

In November 2017, the ED had provisionally attached the immovable and movable properties of Pushpak Bullion to the tune of Rs 21.46 crore belonging to Mahesh Patel, Chandrakant Patel, their family members and companies controlled by them.

The ED investigation has revealed that Mahesh Patel had siphoned off and layered funds of a Pushpak group concern, M/s Pushpak Realty, in connivance with Nandkishore Chaturvedi (accommodation entry provider).

According to ED officers, accommodation entries are provided by shell companies who channel the unaccounted income back into the books of accounts of business establishments by disguising it as loan or share capital. This is a widely used method by tax evaders.

M/s Pushpak Realty Developers transferred Rs 20.02 crore in funds in the garb of sales, to entities controlled by Nandkishore Chaturvedi, after layering it through various connected/ unconnected entities, the agency’s investigation had revealed.

As per the ED, Nandkishor Chaturvedi, who is an accountant and is originally from Uttar Pradesh, also allegedly operates a number of shell companies. Chaturvedi is suspected to be close to people having political affiliations and his role in turning black money into white through his network of shell companies is being probed. The ED officers did not confirm if Chaturvedi had sneaked out of the country.

He is reported to have further transferred the money through his shell company, M/s Humsafar Dealer Private Limited, in the garb of extending unsecured loans in excess of Rs 30 crore to M/s Shree Saibaba Grihanirmiti Pvt. Ltd, the company owned and controlled by Shridhar Madhav Patankar, the brother-in-law of Maharashtra Chief Minister Uddhav Thackeray, the agency had claimed.

“The money siphoned off by Mahesh Patel in connivance with Nandkishore Chaturvedi was parked in real estate projects by Shree Saibaba Grihanirmiti Pvt. Ltd,” the ED had claimed in a statement.

On Tuesday ED had provisionally attached immovable properties worth Rs 6.45 crore in the case of M/s Pushpak Bullion, one of the group companies of Pushpak Group. The said attachment included 11 residential flats in the Neelambari project in Thane, belonging to Shree Saibaba Grihanirmiti Pvt. Ltd. 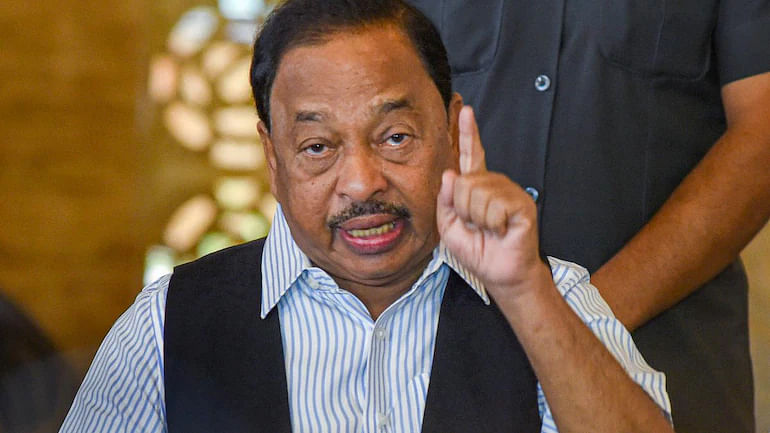