Mumbai: Eco-friendly guidelines for idol immersion for next year 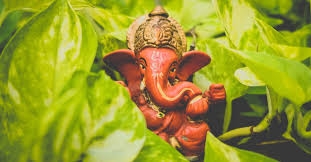 Mumbai: Eco-friendly guidelines for idol immersion for next year | Representational

The Brihanmumbai Municipal Corporation (BMC) on Friday initiated detailed guidelines for celebrating religious festivals in an eco-friendly way next year.

On September 24, the Free Press Journal had reported that the Central Pollution Control Board (CPCB) has urged the BMC to keep the water bodies pollution-free during celebrations that call for idol immersion. The BMC already has an existing policy of protecting the water bodies. Following the CPCB’s proposal, the administration had said that it will amend some of the existing guidelines.

On Friday, a joint meeting of the BMC and members of multiple committees related to Ganeshotsav and Navaratri was held. During the meeting, it was decided that from next year idols made of only clay will be immersed in water bodies by the devotees. It was also decided that decoration works should be carried out with natural leaves and flowers and no artificial material should be used.

"We are working towards reframing some of the existing policies. We have laid out some brief guidelines for the associations and other agencies, following which it will be implemented across the city prior to next year's festival season," said a senior BMC official.

It was also decided on Friday that the sculptors making idols during Ganeshotsav and Navaratri should be registered so that the materials they use could be monitored.

"We are also working towards encouraging Mumbaikars for immersing idols within their home premises. Permission for immersion at the sea will not be allowed beyond the tidal lines regulated by the MCZMA," the official said.