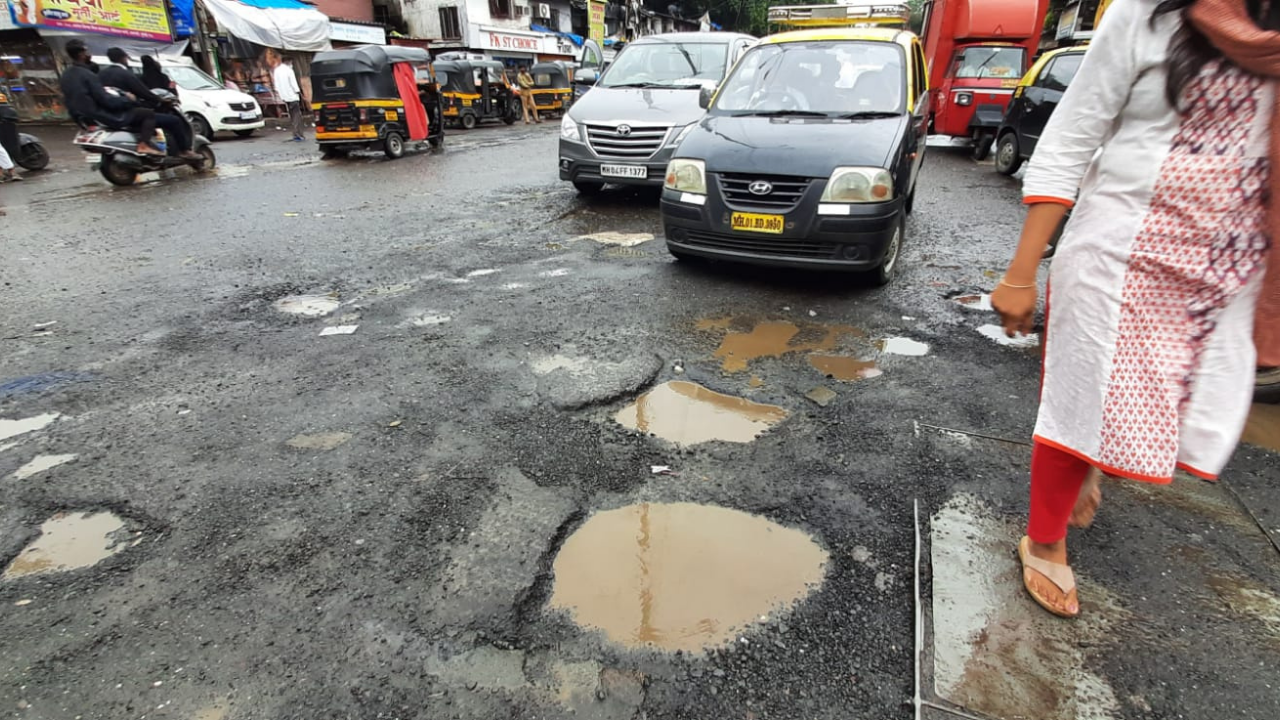 Every year, the BMC spends huge amounts on road repairs and maintenance, but there seems to be little or no accountability, considering the pathetic state of our roads. Starting this year, the civic body has sanctioned Rs 12 crore for all 24 wards, of which per ward has been allotted Rs 50 lakh to fill and repair potholes.

However, there is still no guarantee that the city roads will be free of the potholes.

The country’s richest civic body allocates a huge budget that runs into crores to repair roads every year. Despite this, the streets are in a state of shambles.

According to BMC officials, it carries out pre-monsoon road work. One of the key issues is digging of roads carried out by firms to lay utility lines. This is one of the reasons why the roads are in a bad condition.

This financial year, 300-km of roads was repaired and concretized.

The BMC has decided to take up repairs of 31 roads in the coming months. Tenders worth Rs 1,200 crore have been floated and a proposal will be put forth before the standing committee.

“This year, 300-km of roads was repaired in a phase-wise manner; besides 400-km of roads was repaired last year under the regular defect liability period (DLP) of three years and five years. Under this clause, if a road gets damaged within the prescribed period, the same contractor who built it will have to carry out repairs at no cost,” said Rajendrakumar Talkar, deputy municipal commissioner (infrastructure) and chief engineer of roads.

In Mumbai, most roads were made using asphalt or bitumen, which experts and BMC officials claim is part of the problem apart from bad quality of work. “Potholes resurface only on bitumen or asaphalt roads as they are not suitable for heavy vehicles and can’t withstand heavy rain,” said Talkar.

“Of the 1,900 km of roads maintained by BMC, over 700 km are concretised. The shelf life of concrete roads is a minimum of 15 to 20 years, compared to five years for asphalt roads. While the construction cost is 1.5 to two times higher than asphalt, concrete roads are better as they don’t develop potholes, despite the heavy vehicular traffic, change in weather conditions. In case of Asphalt roads, water percolates and bitumen's bonding capacity loosens and starts coming off, which is when potholes resurface. We have already provided total 2000 metric tonnes of cold mix to all 24 wards to fill in the potholes on priority, however this does not guarantee that there won’t be any pothole anymore.”

According to BMC the civic body on ward level the around 24,000 potholes have been filled and repaired this year till date on an average 700 to 1000 potholes per ward. Talkar said: "Initially we were taking up only 60 feet and above roads for concretization however starting last year smaller roads will now be considered for concretization too. However this will take some time.

Experts and road engineers claim the solution is improving the quality of road construction, re- construction and repair and not just concretization. "Ideally, a road needs to have four layers – the lowest layer of gravel, then the crushed stones, followed by sand and topmost layer of concrete or asphalt. Layering increases the capacity to absorb water, which in turn makes the road resistant to weather changes and traffic overload. It is high time the BMC must be pressured to appoint an independent audit team to check the works.,” said a former BMC official, on condition of anonymity.