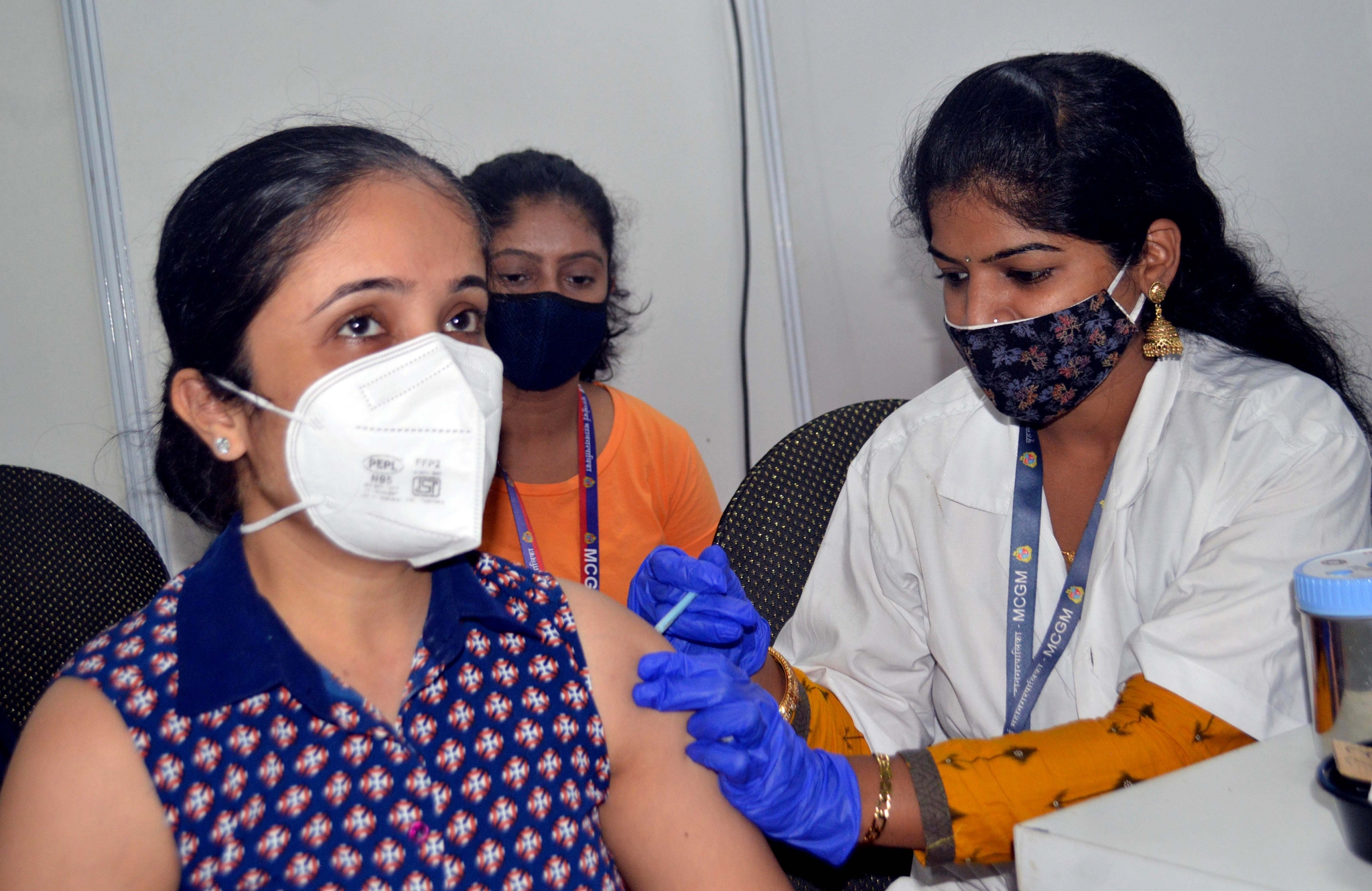 A woman beneficiary being administered vaccine on Friday. — Picture by BL Soni |

A day after the Free Press Journal reported a 67 per cent rise in active Covid-19 cases in the city, the Brihanmumbai Municipal Corporation said there has also been a surge of 20-25 per cent in the critical coronavirus patients in the last seven days. According to the data, there were 290 critical patients until September 10, which rose to 368 by September 16.

City hospitals are witnessing a surge in the number of admissions since the festival season began. Civic officials said that they expect the number to rise further after Ganesh festival ends.

Additional municipal commissioner Suresh Kakani reiterated that BMC is implementing all necessary measures ahead of the anticipated third wave.

Though there is a surge in critical Covid-19 patients, it is comparatively very less in number compared to critical patients they had in the first and second wave.

“Daily numbers of critical patients admitted to the hospital keeps changing and the reason is that people with comorbidities and 60 years and above are undergoing treatment, while others are getting discharged within five days. We have instructed all the ward officers to check the beds’ status in their respective wards and reserve some of the beds at the Covid Care Centres for the third wave,” he said.