Mumbai: Court asks police to summon Arnab Goswami if he is to be arraigned 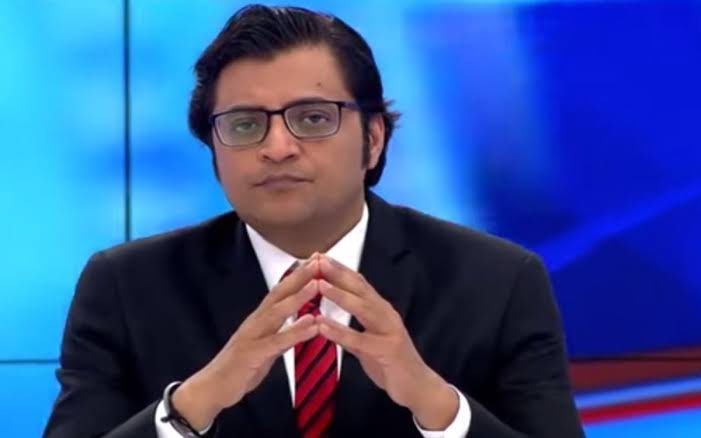 Mumbai: Court asks police to summon Arnab Goswami if he is to be arraigned | Screen Grab

The Bombay High Court on Monday ordered Mumbai Police to first issue summons to Republic TV Editor Arnab Goswami if they intend to arraign him as an accused in the Television Rating Points (TRPs) case.

The high court has also called for the status report of the probe in this case in a sealed envelope. A bench of Justices Sambhaji Shinde and Makarand Karnik also voiced concern over the trend wherein police officers give detailed interviews to the media and leak incriminating material, even in a pending case.

On Monday, when the matter was taken up for hearing, senior counsel Harish Salve, appearing for Republic TV and Goswami, urged the bench to pass interim orders protecting his client from arrest. He said that the FIR lodged by Mumbai Police lacked mala fide.

"The city police has been acting with a vindictive mindset against my client ever since he criticised it over its handling of the Palghar sadhus lynching case. There is an apprehension that he might be arrested," Salve argued, adding, "Let the police make a statement it won't be arresting him (Goswami) without the court's permission."

"Why? Is he some special person?" retorted senior counsel Kapil Sibal, who appeared for Mumbai Police. Further, Sibal pointed out that Goswami hadn't been named in the FIR registered in the case. The judges also noted that the police hadn't mentioned Goswami's name in the FIR.

"Thus, we do not deem it necessary to pass any interim order at this stage," Justice Shinde said. "However, if the police wants to arraign him as an accused in the case then it should first issue summons to him, just like they did for the eight other accused in the case. If he receives the summons, he should cooperate with the police probe," Justice Shinde said in his orders.

In his arguments, Salve, while persuading the judges to pass protective orders, said Mumbai Police Commissioner Parambir Singh, in an interview to the media, had named Goswami in the case. Taking note of his submission, the bench voiced concern over this trend of police going to the press even in sub judice cases.

"We don't know if this is the correct procedure wherein police gives interviews to the media. We aren't speaking of this case alone but there are numerous sensitive cases wherein the police gives information of to the press," Justice Shinde observed.

"We think the officers must not reveal incriminating material to the media in cases which are still being probed," the judge added. At this, Sibal made a statement on behalf of Mumbai Police that they would not reveal any information to the media but urged the bench to order Republic TV not to conduct a media trial in the case.

Meanwhile, the judges ordered city police to submit a status report in a sealed cover on the next date of hearing.