Mumbai: A case of copy right has been registered against actor and comedian Vir Das at Cuff Pared Police Station. 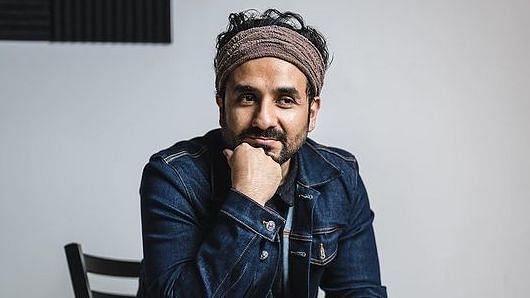 Some of Ashvin Gidwani's shows:

Ashvin Gidwani has done many stage shows in the country and abroad, including 'Devdas ka Rupantar', 'Blame it on Yash Raj' and 'The Saint of a Man'. The same company has done stand-up comedy shows like 'On Broken Das', 'A Battle of the Success', and 'History of India'.

Gidwani's version of the accusation

Gidwani has told in a statement given to the police that on October 14, 2010, he contracted with Vir Das to start the show named History of India VIRitten. Under this project, Vir Das was given the right to direct, write the script and work on the show. All types of copy rights related to this show were retained by the company itself. All the money that was to be spent in this show was to be invested by the company. This was followed by a show at the St. Andrews Auditorium on 14 September 2011. The show became very famous after which more than 100 shows were done in the country and abroad. Post this, in the year 2019, Vir Das discussed with our company about airing this show on Netflix by making slight changes in it. In this regard, Vir Das also sent an email to the company on April 11, 2019.

After this, Vir Das made the script himself without any discussion with the company, by changing some part of the program and violating the contract made with the company. Gidwani says Das allegedly made this show on the original concept of his show and did not take permission for the same.

Gidwani said in his statement that on January 23, 2020, when he saw the promo of 'Vir Das: For India' airing on Netflix, he noticed a joke in the promo which was a slightly changed version of a joke said on his show 'History of India VIRitten'. Gidwani sent a notice to Vir Das on January 23, 2020 and told him that he had violated the contract made by the company.

Vir Das replied to his notice saying that he had not violated any kind of copyright. After this instance, the entire show was aired on Netflix on January 26. Upon its release, Gidwani felt that there were a total of 12 jokes that had been taken from his show 'History of India VIRitten'. Gidwani said that on this day he came to know that the 'Vir Das: For India' show has been aired by the directors of Weirdass Comedy Pvt, Ltd. Vir Das, Anurag Srivastava, and Girish Talwar had contracted with Netflix for the show.

A Cuff Pared police officer said, "After the FIR was lodged against Comedian Vir Das, we contacted him and wanted to know his side of the story, but his side did not come. On the complaint of producer Ashvin Gidwani, we have registered an FIR based on the Copyright Act 1957. We are investigating the matter."