Mumbai civic body's underground dustbin project: Out of 40, only 12 have been set up so far 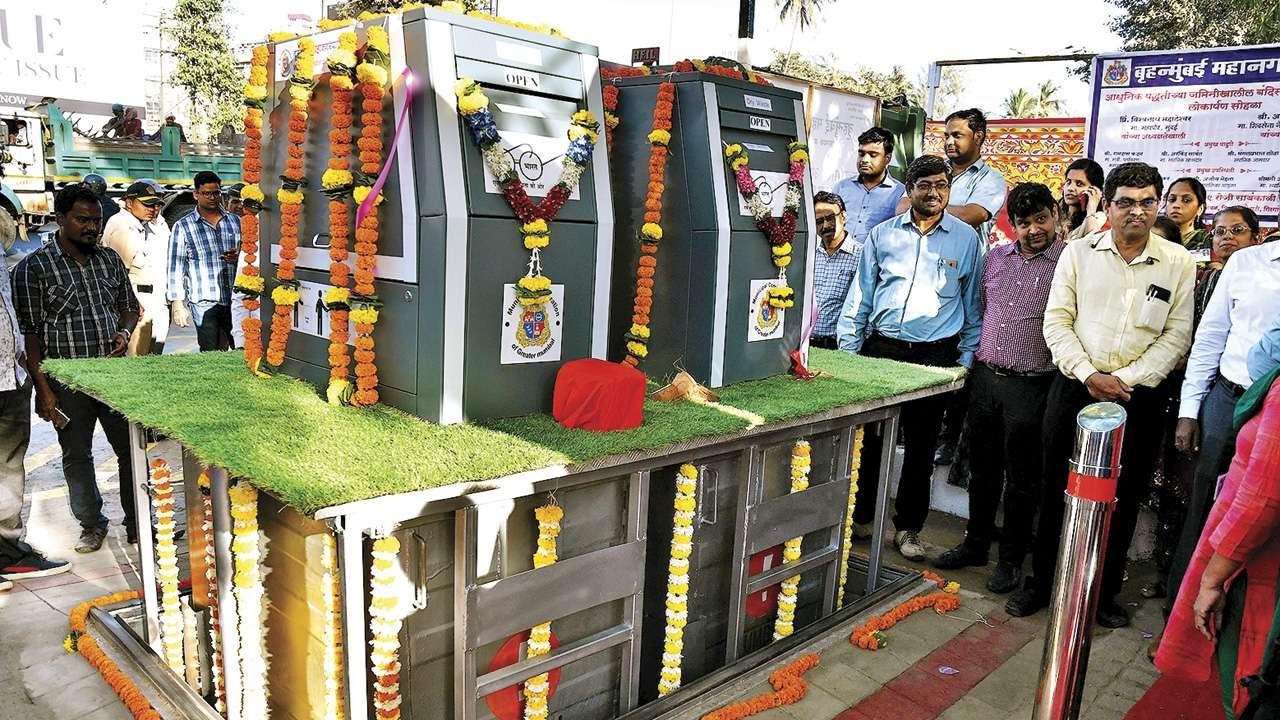 Mumbai civic body's ambitious underground dustbin project: Out of 40, only 12 have been set up so far |

According to officials, the project is still on, however was delayed first, due to issues with moving underground ducts and cable and later it was stalled as COVID-19 hit the city. While other projects were revived and restarted after the city unlocked and cases declined, the underground dustbin project is stuck with no signs of revival as yet.

The idea behind replicating the model is to maintain cleanliness. "People have hygiene issues, as they have to touch the dustbin to raise the top of the bin with bare hands. But this new concept is an end to all these issues and many other concerns like ugly broken dustbins, issues of missing dustbins etc.," said another official from the SWM. Conservancy workers can also use these for temporary storage, the official said.

"The project has not been stalled, the contract is still valid and we are working on it. Each ward had already submitted locations they had shortlisted for setting up these underground dustbins. However, there was no clarity over dealing with the underground utilities including ducts, cables and pipelines. We are working out on this issue so as to work with these utilities there or look at possibilities of shifting them. Total 12 of the 40 dustbins planned have been done, we are targeting of completing the remaining 28 underground dustbins in the next 6 months," said Anant Bhagwatkar, deputy chief engineer, Solid Waste Management department.

The underground garbage bin fits in a 10 sq-m space and the size of the bin is about 1.1 cubic metres. The cost of each bin is Rs 8 lakh, and it has separate provisions for wet and dry waste.

Locations where 12 dustbins were installed: