Thackery was speaking at a function here to mark Bhujbal's 75th birthday which saw leaders of the Sena-NCP-Congress Maha Vikas Aghadi (MVA) coalition coming together.

Mumbai: Shiv Sena president Uddhav Thackeray on Thursday said senior Nationalist Congress Party leader Chhagan Bhujbal would have become the chief minister of Maharashtra had he not quit the Sena.

Thackery was speaking at a function here to mark Bhujbal's 75th birthday which saw leaders of the Sena-NCP-Congress Maha Vikas Aghadi (MVA) coalition coming together.

''I have now become shock-proof. But when Bhujbal left the Shiv Sena, I must admit that our family was in a state of shock. The anger (that was vented) was political. We could not digest it for a long time that one of our own family members had deserted us," Thackeray said.

Read Also
'Ready to fight any battle': Uddhav Thackeray while challenging Shinde and BJP to settle scores on... 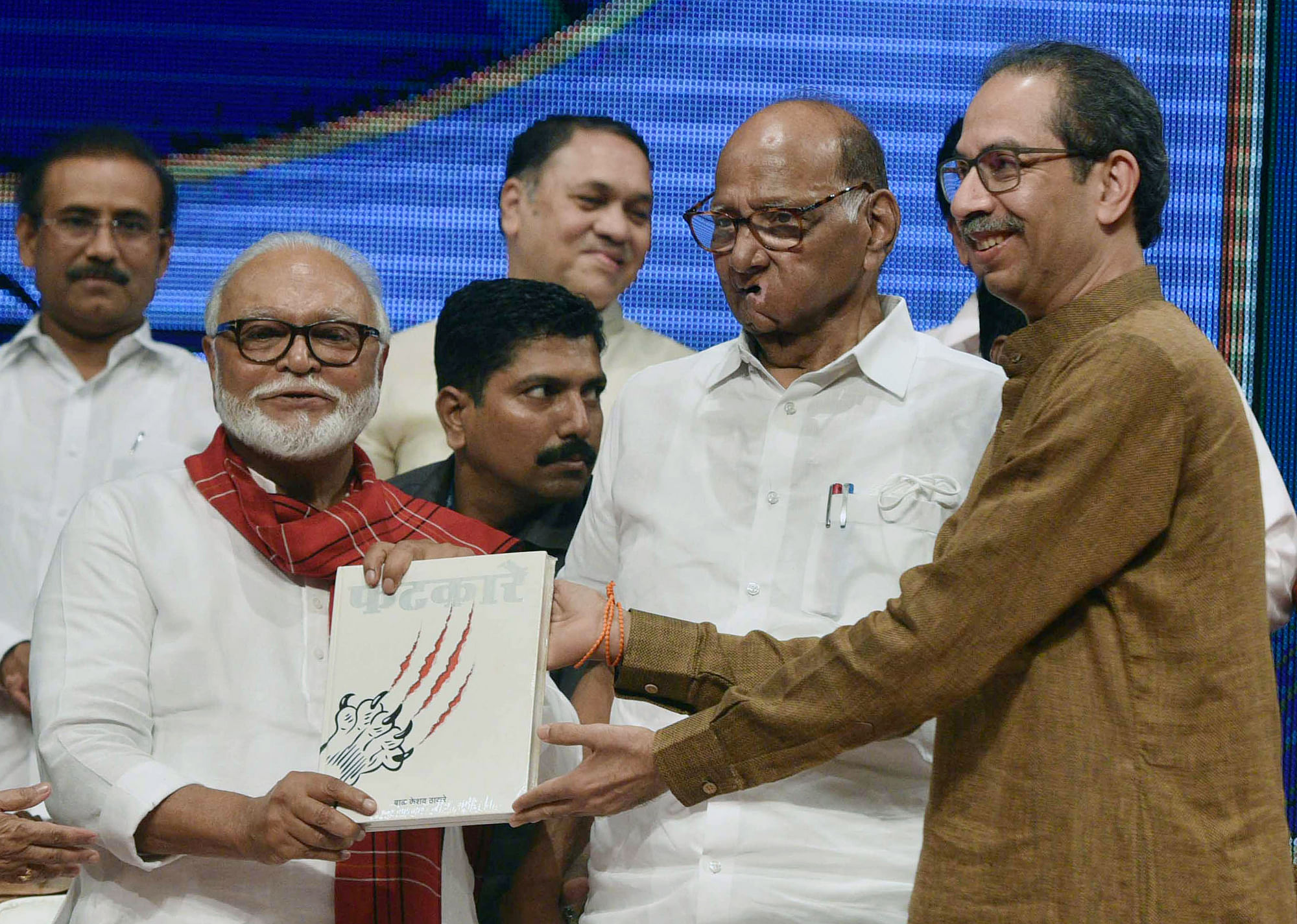 Bhujbal, once a firebrand Shiv Sena leader, quit the Bal Thackeray-led party and joined the Congress in the 1990s. He later followed Pawar when the latter formed NCP.

''I wish my mother were there when you visited `Matoshree' (the Thackeray residence) and resolved all differences with Balasaheb," Uddhav further said.

Earlier, Leader of Opposition in the Maharashtra Assembly Ajit Pawar recalled the role played by Bhujbal in the formation of the NCP and how he was instrumental in saving the Vilasrao Deshmukh government in 2002 when it was facing a crisis.

''If Uddhav Thackeray had sought Bhujbal's help (during the latest crisis which toppled the MVA government), he would have continued as CM even today," Pawar said.

The 1999 Maharashtra Assembly elections were held only four months after the formation of the NCP, and had the party got more time, it would have won more seats and Bhujbal would have been the chief minister, Pawar added.

To which, Thackeray said Bhujbal would have been the chief minister much earlier if he had not left Shiv Sena.

Pawar also remarked on the absence of Chief Minister Eknath Shinde and his deputy Devendra Fadnavis. Had they attended, it would have underlined the state's political culture, he said.

Thackeray had to resign as chief minister of the MVA government on June 29 this year following a revolt led by Eknath Shinde.

Thackeray also said that the MVA, formed after the Sena parted ways with the BJP, was a successful experiment.

"I am prepared for a fight. The struggle is not just of the Shiv Sena alone. We all have to unite for a second freedom struggle," he added.