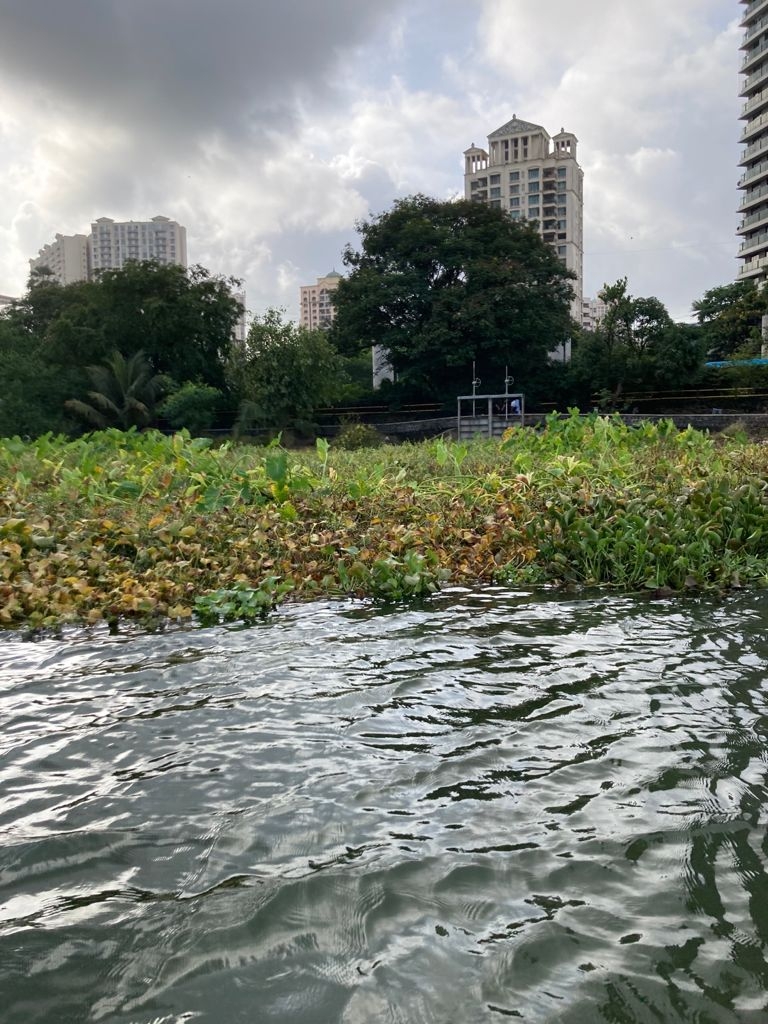 A city-based environmentalist is seeing red over the removal of water hyacinths in Powai Lake. He has alleged that the Brihanmumbai Municipal Corporation (BMC) has used herbicide chemicals in the lake.

Director of an NGO, Vanashakti, Stalin D said that the civic body has used toxic herbicides like glyphosate. “This has serious toxic effects on the flora and fauna. The phosphorus level increases in the water body and various species of algae begin to proliferate. It damages the ecosystem as the zooplankton, which are micro-organisms present in the water body, gets reduced,” said Stalin.

Stalin has also dashed out a letter to the BMC and the state environment and pollution control board, urging them not to use any chemicals while clearing the water hyacinths as the lake is home to the Indian marsh crocodile, which is a protected species.

After carrying out a survey of the lake recently, he said the hyacinths have started turning brown in colour despite being in the water. This, he said, clearly indicates that they are drying up.

“We carried out a survey of the lake and found that the hyacinths in the outer side have been cleared to facilitate Ganesh immersions,” Stalin said.

However, he said that the cleaning could have been done manually but the BMC chose to not do so.

In July, the BMC had floated a tender to clear the water hyacinths in the Lake. He said this is not a permanent solution. The authorities need to find a way to stop sewage disposal in the lake so that the issue is resolved.

“If the hyacinths are removed straightaway without tackling the sewerage problem the plants will re-grow,” he said.

Meanwhile, BMC officials have denied spraying any chemicals in the water.

“The immersion of idols in water bodies has been banned all over the city due to Covid. So there is no point in carrying out immersions,” said a civic official.

“At times, insecticides are sprayed as part of a routine procedure to keep mosquitoes and other insects at bay. Apart from this, no other chemicals are sprayed,” the official said.