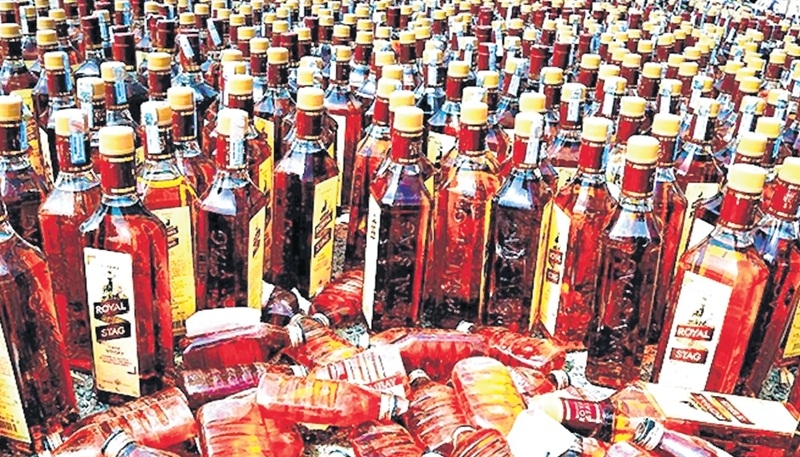 Mumbai: Ahead of elections, Mumbai police have formed special teams in accordance with the excise department to keep tabs on free flow of liquor in the city to lure voters. More than 40 more check points have been added on the entry and exit points of the city to avert smuggling of liquor.

With the election model code of conduct in force, police have set up an additional 40 check points in the city limits as a part of security measures. The check-posts, manned by adequate police personnel, will function round the clock to curb illegal activities including transport of unaccounted cash, liquor and other violations against election code of conduct, said a senior police official.

Mumbai police have teamed up with the excise department for a joint crackdown on sale and importing of liquor, which may be used to lure voters on the party’s side.  A police officer told The Free Press Journal on condition of anonymity, “Since the Holi festival round the corner, the incidents of bootlegging are highly anticipated in the city.

To curb the menace, police have already made required arrangements to keep bootleggers at bay.  A protocol has been put in place and stringent steps have been initiated to check flow of liquor during the forthcoming Lok Sabha elections.”

Recently, the excise department’s flying squad seized a container truck from Shahapur on the Nasik highway, which was transporting Indian-made foreign liquor from Madhya Pradesh, worth Rs 51 lakh. Police arrested the driver and also seized a car, which was used to transport the liquor.

Sources said the liquor stock was meant for sale with huge profit margins as excise duty in MP is lower than Maharashtra. The excise officials also said some of the liquor was supposed to be distributed by political parties to gain public support.