According to the plea, the BMC notice has been issued in the name of a company namely ‘Artline Properties Pvt Ltd’, which was amalgamated and merged with Kaalka Real Estate – in which Rane and his family held shares.

The Bombay High Court on Tuesday directed the Brihanmumbai Municipal Corporation (BMC) to decide on the regularization application filed by Union Minister Narayan Rane, through his company, with regards to alterations made in his bungalow "Adish" at suburban Juhu.

A division bench of justices Amjad Sayed and Abhay Ahuja has also restrained the Corporation from taking any coercive actions against Rane for three weeks in case of adverse order.

The HC was hearing a petition filed by Rane's company Kaalka Real Estate through advocate Amogh Singh, seeking quashing of the notices issued by the BMC asking them to demolish the alleged illegal alterations made in the Bungalow.

BMC had issued two notices to Rane and passed orders asking them to demolish the unauthorised alterations, failing which it (BMC) would be compelled to demolish the same and recover the charges from the owner.

Rane's plea states that the orders are “perverse, illegal and in violation of his fundamental rights”.

According to the plea, the BMC notice has been issued in the name of a company namely ‘Artline Properties Pvt Ltd’, which was amalgamated and merged with Kaalka Real Estate – in which Rane and his family held shares. The premises are owned in the company's name.

The first notice was issued on February 25, in the name of owners/ occupiers, asking to explain how the alleged unauthorised additions/ changes in usage of the premises were not in contravention to the approved plans.

Neelam Rane and Nilesh Rane, Narayan Rane's wife and son respectively, replied stating that the notice had been issued after nine years of completion of the building. A second notice was also issued on March 4, 2022.

Simultaneously, the company made an application for retention of portions of the premises alleged to be in a contravention by making payment as stipulated by BMC.

The plea also states that the company has clarified in the application that there was no contravention of any regulation and the entire premise was within the permissible FSI limit.

Despite this, the BMC officer passed an order directing the removal of the alleged unauthorised work. 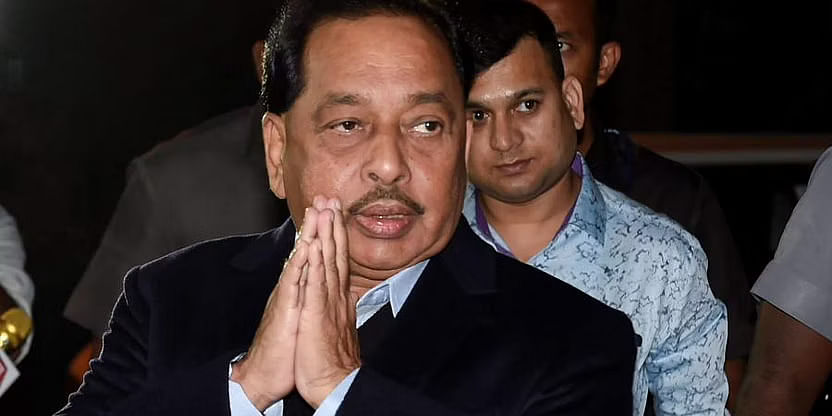