The BMC has to raze down shops to open the lanes constructed around the bridge on SV Road in Malad; many shopowners though are reluctant to move to alternative locations or are unhappy over the compensation offered.

The BMC has now sent notices with three-day ultimatum to shopowners sitting on alignment of a dilapidated bridge on SV Road in Malad. The corporation had declared the bridge dilapidated in 2019 and built lanes around it but couldn't open it because of the shops. SV Road connects all railway stations on Western line.

Reportedly, many are reluctant to move to alternative locations or are unhappy over the compensation offered. 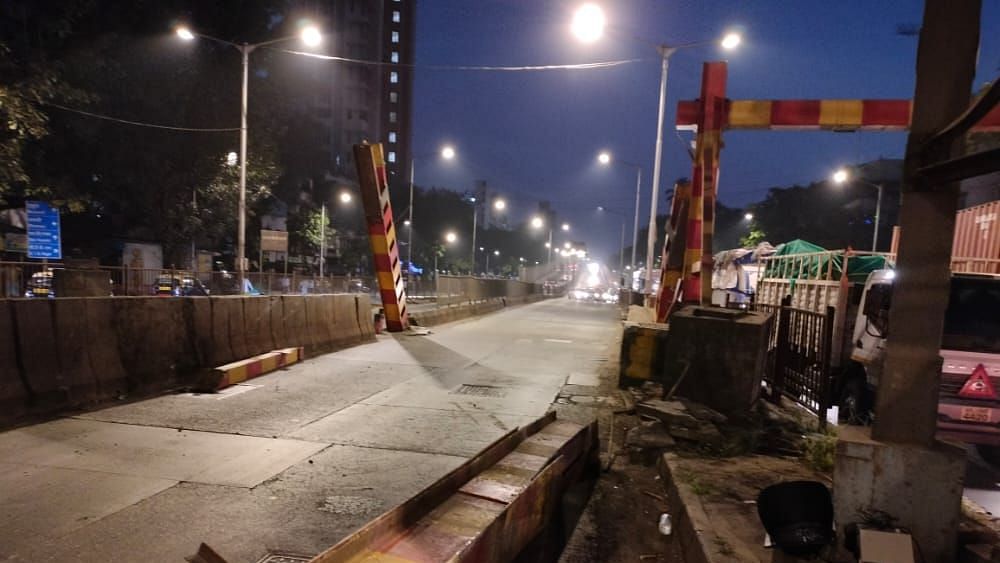 The BMC had completed tendering for the reconstruction of Malad bridge after Himalaya foot-over-bridge collapse. An official was quoted in a Midday report saying that the construction could not be started since shopowners on the bridge refused to shift.

The official further saud that the traffic police had also refused permit for bridge closure and thus they strenghtened the bridge for the time being. The construction began in December 2021 after the ward office shifted the shops on bridge.

The access lane too could not be opened before demolition of the old bridge but more structures have to be razed. BMC officials , according to the report, met shopowners last month to find a solution but in vain.

An engineer told that they will need 10 to 12 days to construct an asphalt road connecting to the bridge and only then can they close traffic on the old bridge.

However, irked shopowners have alleged that the BMC sent them a letter on November 5 with an ultimatum after having informed them verbally only last month. They lamented how could they make decision on shops they have run for years within three days.

Another shopowner said that BMC is offering only 75% of the ready reckoner rate or they are asking them to shift to far away locations like Byculla, Kurla and Dahisar.