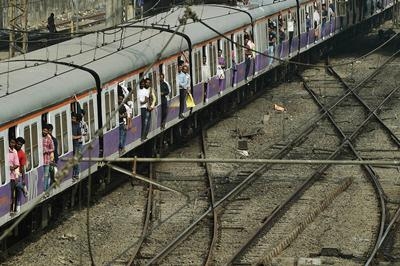 Two months after local train travel was opened up for fully vaccinated commuters, the Western Railway (WR) documented data on the number of people buying monthly season tickets (MSTs), station wise. It has come forth that Borivali station is the one where the most number of MSTs – nearly 80,000 – have been sold, while Vaitarna station sold the least MSTs (in three figures).

More than 60 per cent of total MSTs sold are at railway stations in the suburbs between Andheri and Virar. Western suburbs recorded a spike, while the figure was low for south and central Mumbai.

With the daily average passenger count (fully vaccinated) crossing 16.4 lakh, the WR authorities started collating station-wise statistics on the number of passengers buying MSTs on the 123-km Churchgate-Dahanu suburban corridor. As per data, WR sold 7,26,839 MSTs from August 11 to October 20.

Of these, 6,27,589 MSTs, or over 86 per cent of people, bought second class season tickets. They sold 95,165 MSTs for first class and 4,085 MSTs for AC trains during this period. The Free Press Journal had reported about the trend in MSTs sold in first class and for AC trains a few days ago. However, what’s interesting is that the far northern suburbs saw the majority of people buying MSTs.

According to sources in WR, the ticket counters at Borivali sold 79,771 MSTs, Kandivali sold 49,578, Malad sold 39,981, Goregaon sold 40,060 and Andheri sold 55,762. These five stations take up the bulk of MSTs sold, which is almost 37 per cent of total 36 stations on WR’s suburban corridor. The far suburbs in Mumbai’s metropolitan region like Virar, Nallasopara, Vasai Road, Bhayandar and Mira Road contribute to another 23 per cent. These don’t include smaller stations falling on this stretch.