Earlier yesterday, Wankhede moved Bombay High Court over the enquiry against him by the Maharashtra government and demanded a probe by CBI or any central agency in the extortion case which was disposed of by the court later on.
ANI 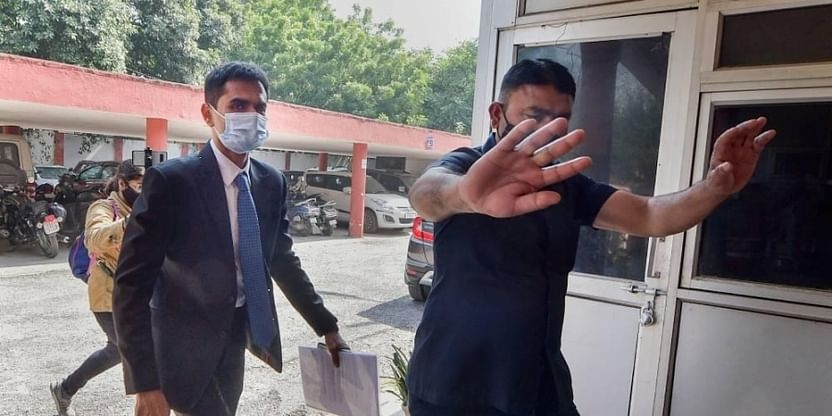 Another complaint has been filed against Narcotics Control Bureau (NCB) Zonal Director Sameer Wankhede with Mumbai Police on Thursday.

With the latest complaint filed by a lawyer Jayesh Wani, the number of cases against Wankhede, who is allegedly involved in the extortion case, has gone up to five.

Earlier yesterday, the lawyer representing the state government informed the Bombay High Court that there are four different complaints against him.

In his Complaint to the MRA Marg Police station of Mumbai, Wani alleged, "He (Wankhede) has availed the benefits of SC reservation illegally and that is why he an FIR against him be registered under sections 406, 409, 420, 468 and 120 (b) of IPC." "His father changed his religion before Sameer's birth," the complaint said.

Earlier yesterday, Wankhede moved Bombay High Court over the enquiry against him by the Maharashtra government and demanded a probe by CBI or any central agency in the extortion case which was disposed of by the court later on.

Earlier, Prabhakar Sail, a witness in the Mumbai cruise raid case had alleged that the NCB Zonal Director and some other NCB officials had sought Rs 25 crores from Shah Rukh Khan in order to release Aryan Khan who is an accused in the drugs bust case.

Meanwhile, the NCB team from Delhi will also question Wankhede to investigate allegations levelled against him.

On Wednesday, the probe agency's Deputy Director General (Northern Region) Gyaneshwar Singh said that Wankhede will remain the investigating officer in the drugs-on-cruise case until substantial information is found against him.

An NCB team busted an alleged drugs party on the Cordelia Cruise ship which was on its way to Goa on October 2. A total of 20 people including Aryan Khan, son of Bollywood actor Shah Rukh Khan, have been arrested in the case.