Mumbai: Andheri station will be seen in a ‘new light’

The Indian Railway Stations Development Corporation Ltd. (IRSDC) is redeveloping Andheri station as part of its drive to develop railway stations across the country
Shashank Rao 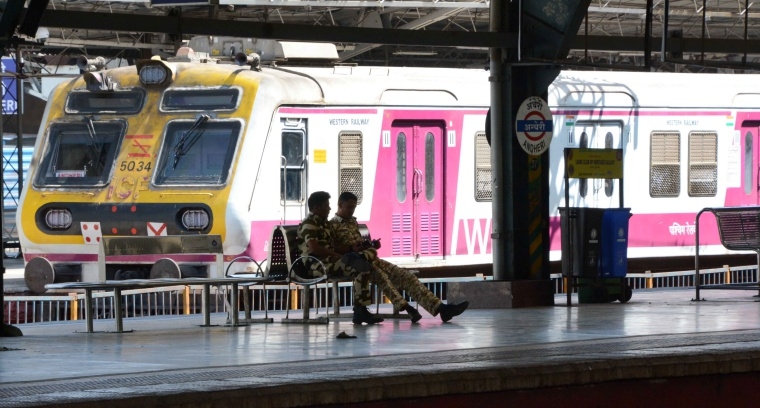 Andheri station which was never so calm and empty |

7 residential buildings to be demolished

Cost of revamp of Andheri, Jogeshwari and Goregaon stations carried out in 2011: Rs 103 crore

One of the busiest railway stations on Mumbai’s suburban network, Andheri, is scheduled to undergo yet another makeover. On the face of it, Indian Railways is talking about developing Andheri station and giving it a swanky look but what is not being spoken about is the crores of rupees it hopes to rake in from its prime property likely to be leased out on a long-term basis, to interested developers.

According to senior railway officials, a request for quotation (RFQ) for redeveloping Andheri station, was submitted to the Railway Board earlier this March. “The request for proposal (RFP), describing the project and bids from developers is expected in December 2022 while they expect to redevelopment work to complete by March 2027,” said an official from Western Railway.

However, this redevelopment also means that the Indian Railways will give away their prime property to developers for generating funds running into crores of rupees.

The Indian Railway Stations Development Corporation Ltd. (IRSDC) is redeveloping Andheri station as part of its drive to develop railway stations across the country. The IRSDC will be redeveloping Andheri Railway station in two phases. The overall area of redevelopment is 4.31 acres, of which 2.1 acres will be reconstructed in Phase 1 at a cost of Rs 218 crore and the rest of the area will be rebuilt in Phase 2 of the project.

“We are working on redevelopment of Andheri station for which work is on various stages,” said an IRSDC official.

Railway authorities will dismantle more than 12,000 sq metres or close to three acres of built-up area for this purpose. This includes demolishing seven railway residential staff quarters housing 84 tenements, an elevated concourse built barely 5-7 years ago - at a cost of several crores of rupees drawn from public funds and the elevated autorickshaw deck constructed at a cost of Rs 10 crore. This information is from the plans made for this station, and a copy of which is with the FPJ.

According to senior railway officials, they are anticipating a built-up area of 14,440 sq m for commercial purposes and 7,182 sq m for residential buildings to be developed. The developer will demolish the seven residential buildings that are currently staff quarters, the station building, the GRP and RPF offices and the railway office building. All this will give the developer ample land area, with built-up space for his commercial towers. Residents will get accommodation on an area of 7,182 sq m.

Andheri was among the first railway stations in Mumbai to get a new look -- an elevated concourse that was meant to accommodate ticket booking counters, food stalls, mini-food parlours and other commercial units. This idea was to create more space on the platforms for passengers and provide amenities like lifts and escalators for faster passenger dispersal and movement.

The concourse also connects the east and west sides of Andheri station, plus the metro station, with a foot overbridge. However, over the years, there has been under-utilisation of this available space on top of the platforms. All this was created as part of the extension of Andheri-Goregaon Harbour line, at a cost of Rs 103 crore, planned in 2011 and readied over the next few years. All this will now be demolished and redone. The railway officials agree that there is a lot of scope to utilise such vast spaces on prime properties like railway stations.

Next is the beautiful auto deck, which has two ‘hairpin’ bends and is on the east side of Andheri station. Its main purpose was to allow autorickshaws come all the way to the top of 12-metre-wide FOB, pick up passengers and descend on the other side. The WR spent Rs 10 crore on this project. Now, grass and moss is all that is growing in this space, yet another waste of public money. This too will be dismantled.

“We have demanded that the rail authorities create a ‘Yatri Nivas’ once Andheri station is redeveloped. Andheri is close to the airport, plus has connectivity with metro rail and such an accommodation will prove to be a good amenity. The railways should look at making commercial utilisation, rather than simply building vast elevated concourses,” said Kailash Verma, member, Passenger Amenities Committee, Railway Board.

In addition to Andheri, the IRSDC will be redeveloping Dadar, Kalyan, Thakurli, Bandra, CSMT, Thane, and Borivli stations in Mumbai. The IRSDC is working on 63 stations, and the RLDA is working on 60 stations. As per current estimates, the total investment needed for the redevelopment of 123 stations, along with real estate development is about Rs 50,000 crore.