Mumbai: Andheri locals to fill up potholes themselves 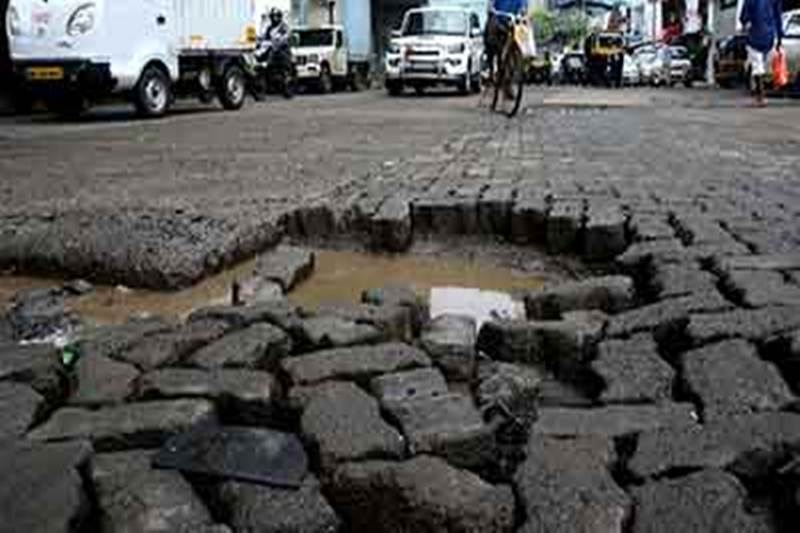 Aggrieved with the pothole menace during every monsoon, residents and activists have called for a protest gathering on Friday during which they have decided to fill up the potholes at the Sahar Cargo Road, M C Chagla Road extension, Navpada Road and other places near Chhatrapati Shivaji Maharaj International Airport (CSMIA) on their own.

According to residents, potholes near the airport are a constant affair. Former municipal corporator and trustee of Watchdog Foundation Nicholas Almeida said that there are more than 300 potholes along Cargo Road.

“Many trucks and tempos use this road frequently due to which the surface has been eroded. We have been writing about this to the BMC and other agencies for years, but in vain. I believe that the airport authority should take responsibility of its maintenance,” Almeida said, adding, at least 100 residents will visit the cargo road and will fill up the potholes on Friday.

“We have arranged for a tempo and all the raw material and logistics will be provided by us. After filling the potholes, we will plant a sapling in it,” he added.

Another social activist Mushtaq Ansari said that he receives 15 to 20 complaints daily. “Out of the total complaints, four to five are from Andheri and most potholes are in the suburban belt,” Ansari said.

Meanwhile, assistant municipal commissioner and in-charge of K-east ward Prashant Sapkale said that the responsibility of filling potholes in the cargo road and other roads that are in the vicinity of CSMIA is of the MMRDA and not BMC.

“This is a matter that happens every year, the area from where the complaints are raised is under the airport authority and we write to them every year, urging them to solve the problem at the earliest,” Sapkale said.

We are awaiting response from the MMRDA.