The minimum fare for booking prepaid black and yellow cab at international airport will be Rs 127 for 6 km and the same will be Rs 85 for four km at the domestic airport. The per passenger revised fare for non-AC and AC taxis on Mumbai-Pune route will be Rs 450 and Rs 525 respectively
Staff Reporter 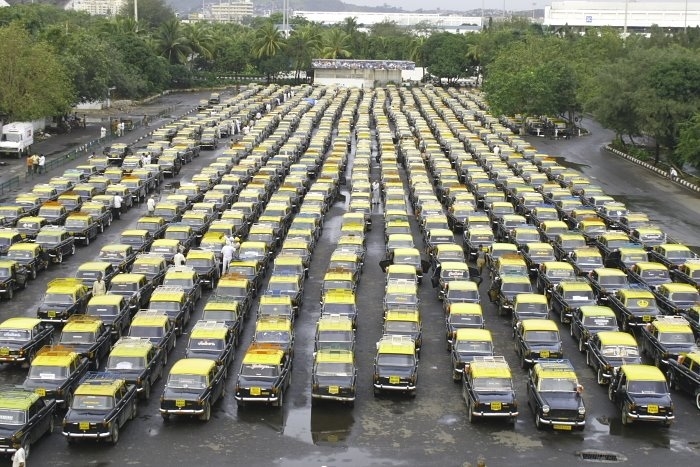 Mumbai: The transport authority for the Mumbai Metropolitan Region has approved fare revision for prepaid taxis at international and domestic airports, besides the fare hike to the cabs plying on Mumbai-Pune, according to the RTO officials.

They said that after this revision, the minimum fare for booking prepaid black and yellow cab at international airport will be Rs 127 for 6 kilometres and the same will be Rs 85 for four kilometres at the domestic airport. The per passenger revised fare for non-AC and AC taxis on Mumbai-Pune route will be Rs 450 and Rs 525 respectively.

The fare revision will be effective from immediate effect.

The fare revision was due for both the cab services as earlier from March 1. The authority has hiked the fare of all cabs in Mumbai to Rs 16.93 from Rs 14.84 per kilometre as per the new formula derived by a four-member Khatua panel led by ex-IAS officer BC Khatua, the official said.

According to RTO officials, beyond minimum distance, the fare will change at every 2 km of distance for prepaid taxi services from the airport. As per Khatua panel's recommendations, the cabbies will get an incentive of maximum 25 per cent to minimum 10 per cent as per distance slabs.

According to RTO officials, the passengers will have to pay Rs 20 service charge, apart from the payable fare. The existing Rs 350 per passenger fare for non-AC and Rs 425 fare for AC cabs of Mumbai-Pune Taxi service that operated between Dadar and Pune, was unchanged since September 2013.

Currently, as many as 396 licenced cabs operate on Mumbai-Pune route and the cabbies union – Mumbai-Pune Taxi Owners Association – was demanding fare revision since March 2020, as mainly fuel and maintenance cost of the cabs has gone up, they said.

Mumbai: 75-year-old taxi driver gets jail for molesting schoolgirl who jumped out of running taxi to...