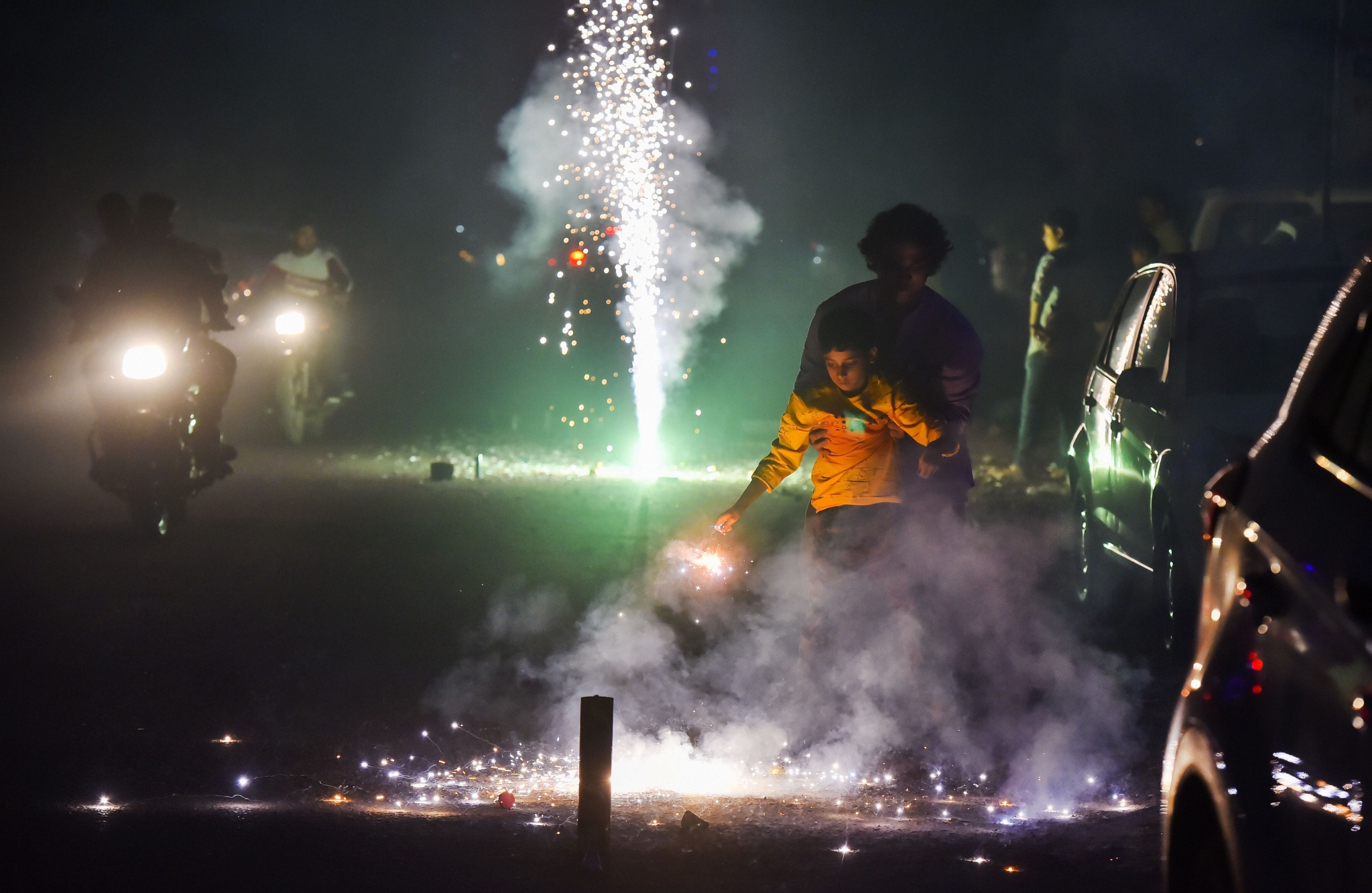 MUMBAI: The noise levels across Mumbai dropped to a new low this Diwali, despite citizens flouting the 10 pm deadline. Bursting of firecrackers could be heard across Mumbai and its adjoining areas throughout Diwali night till early morning the next day, however, maximum recorded noise levels measured at Bandra, Mahim, Worli, Dadar, Shivaji Park, Babulnath and Marine Drive were much lower than previous years, reported NGO Awaaz Foundation.

According to Awaaz Foundation, the maximum of 100.4 dB was recorded at Shivaji Park at 9.04 pm where crowds of people burst crackers inside the Park, a Silence Zone. "They continued bursting crackers beyond the 10 pm deadline. There was no police presence or regulation at the site," Sumaira Abdulali, convenor of Awaaz Foundation said.

She added, "Marine Drive, which was the centre of firecracker use before 2020 was completely silent in 2021 even before 10 pm due to heavy police presence.

Abdulali stated that other places of the city where the noise was measured had sporadic cracker use which continued through the night in places until morning the next day, though mostly green crackers were used which have comparatively lower decibel levels than traditional crackers. They included anar, sparklers, chakris and some aerial and serial crackers.

According to NGO Awaaz foundation, noise levels on Diwali day at Shivaji Park, Dadar, which is a silence zone, was recorded at 100.4 decibels (dB), much above the permissible limits under noise rules and which is equivalent to the noise in a discotheque or that of a pneumatic hammer.

Abdulali attributed the lower noise levels to the availability of green crackers in the market. She said: "The lower peak noise levels than even 2020 during Covid-19 could be because mostly 'green crackers' were available in the market with lower decibel levels. Even though overall cracker use was more than last year and it continued sporadically through the night in some places, the maximum decibel level of available firecrackers was less."

Despite ban on firecrackers by the BMC in public places last year in addition to the fear of the second wave of Covid-19 hitting the city did not quite keep the Mumbaikars from bursting crackers beyond the deadline of 10 pm set by the BMC, the noise levels recorded at Shivaji park last year was 105.5 dB.

"This is the second time since 2010 when Shivaji Park was declared a Silence Zone by the Bombay High Court that crackers have been used here on Diwali," Abdulali said.

She added: "It was difficult to take measurements throughout the city since, although aerial shots and bombs were audible in parts of Mumbai, they were scattered in private residential societies which were inaccessible. Occasional crackers continued through the night in Bandra and Powai according to citizens’ complaints.

According to System Air Quality Weather Forecasting and Research (SAFAR), under the Ministry of Earth Sciences, the air quality in the city fell from 'moderate' on Thursday to 'poor' and ‘very poor' category on Friday.