A Mumbai College on Saturday claimed it may have been cheated in a vaccination drive on it campus, conducted by an event management company earlier this month.

According to the Aditya College, Borivali west, one Rajesh Pandey, who reportedly posed as an event company head and chief manager of sales for the reputed Kokilaben Dhirubhai Ambani Hospital, had conducted the vaccination camp in the college on June 3.

However, the KDAH has already denied its involvement in such camps while the BrihanMumbai Municipal Corporation (BMC) has issued warnings to all people to beware of scamsters taking advantage of the situation.

In a statement, the Aditya College authorities said that Pandey allegedly even agreed to procure all necessary permissions and complete all legal formalities, while the college would only make the payments.

Accordingly, the inoculation drive was held for the students, staffers and their families as the trustees of the college, considering the difficulties in getting vaccination slots for people in the 18-44 age group.

Following the fracas involving the Hiranandani Heritage Society in Kandivali west last week, and delays in receiving the Covid Vaccination Certificates (CVC) by the beneficiaries in the college inoculation camp, the college authorities lodged a formal complaint with the police.

On Friday, Tips Industries Ltd Chairman Ramesh Taurani also revealed that 365 of his employees were inoculated on June 3 but have yet to receive their CVCs.

Police sources say that there may be at least 9 other similar camps conducted in the city by one or more groups which are now being probed in detail.

In the cases that have come out so far, there are many common points - the CVCs not issued promptly, in many cases, the data not uploaded on the CoWin portal, people not experiencing any possible side-effects post-dose, CVCs that eventually came were from different hospitals with errors, high charges for the dose which the Centre now plans to give free to all from June 21, etc.

Notching a big breakthrough, Additional Commissioner of Police (Mumbai North Region) Dilip Sawant on Friday said that five persons have been arrested in connection with the vaccine scam in the Kandivali society.

As the scams are coming out, many people are worried whether they were administered the genuine vaccines or something else since in some cases the vials were not sealed, or they were stamped 'Not For Sale'. 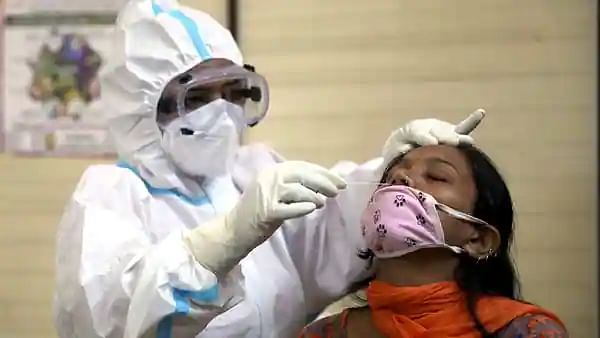