Mumbai: 22 students protesting at Big B house are detained

Their crime: They had been chanting the slogan 'Save Aarey' and picked on Bachchan's house to stage their protest; they were miffed at his ‘ill-informed’ support of the Metro III project, said sources.
Staff Reporter 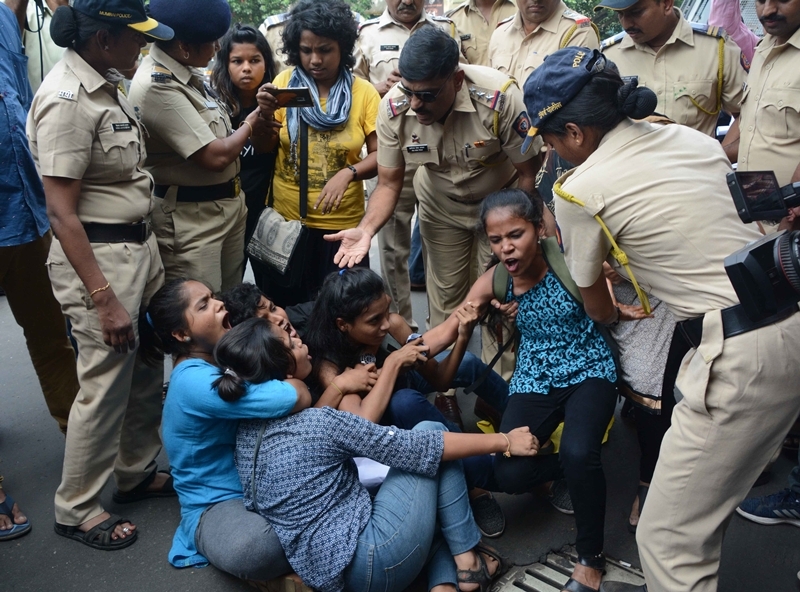 Mumbai: Students from schools and colleges in Mumbai and nearby areas were detained by city police for staging a protest outside actor Amitabh Bachchan's bungalow at Juhu on Thursday.

Their crime: They had been chanting the slogan 'Save Aarey' and picked on Bachchan's house to stage their protest; they were miffed at his ‘ill-informed’ support of the Metro III project, said sources.

According to the police, a group of 30 to 35 youngsters was shouting slogans and obstructing traffic. About 22 of them were detained and taken to the Juhu police station, where they were booked under the relevant sections of the Maharashtra Police Act.

The students, under the banner of the Vidyarthi Bharatiya Sanghatana, had gathered outside 'Pratiksha' and holding banners and placards.

Otherwise, their protest was peaceful, said eye-witnesses. Matters, according to the police, got out of hand when they squatted on a nearby road and began shouting slogans.

But rather than dispersing them, the police began arresting the protestors. On Wednesday, a group of activists had staged a silent protest at the same spot.

The 'Save Aarey' brigade was upset at Bachchan's tweet, wherein he had said: "A friend of mine had a medical emergency, decided to take METRO, instead of his car...Came back very impressed...Said it was faster, convenient and most efficient...Solution for Pollution...Grow more trees...I did in my garden…Have you."

The activists of the Maharashtra Navnirman Sena too held a signature campaign at Ruia College in Matunga. Activist Zoru Bhathena, who has filed a petition in the Bombay High Court against the civic body's move to axe trees at Aarey, asked the megastar to visit the green belt to understand the ground reality.