Dilip Kawatkar, spokesperson of MMRDA said, " We have already asked the appointed contractor responsible for the road maintenance to repair the potholes if any on both the highways.
Staff Reporter 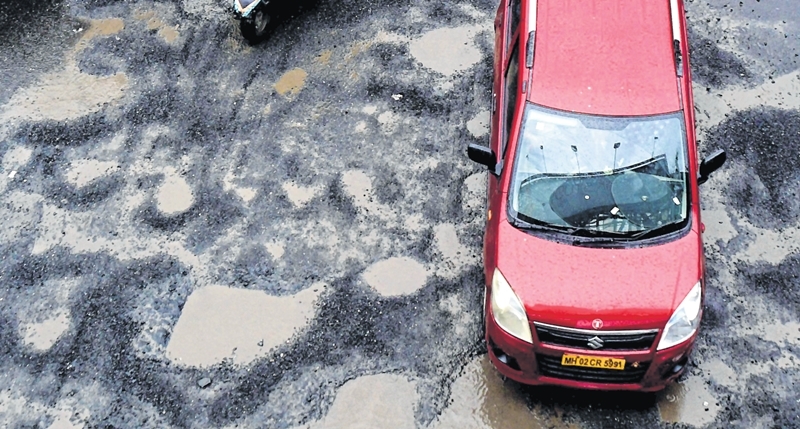 Mumbai: The Mumbai Metropolitan Region Development Authority (MMRDA) after receiving complaints from netizens over potholes on the Western and Eastern Express Highway, has now assured to repair it immediately.

Dilip Kawatkar, spokesperson of MMRDA said, " We have already asked the appointed contractor responsible for the road maintenance to repair the potholes if any on both the highways.

Moreover, the pothole complaints received on our helpline numbers are promptly attended. Also incase if any particular road is pothole ridden and does not come into our jurisdiction, then the concerned departments are informed about it."

Earlier this week, MMRDA Chief R A Rajeev told the Free Press Journal that there are no old potholes on these highways. However, due to heavy rains new potholes may develop and citizens can inform about the same to them.

After which, several netizens accused MMRDA of giving false statements. Mumbaikars pointed out that at Oberoi junction in Goregaon and Vileparle flyover on WEH stretch is pothole ridden from a long time and these potholes have not developed recently.

Interestingly, two city-based activists Irfan Machiwala and Mushtaq Ansari did a survey on Saturday on the EEH and identified total 76 potholes. Earlier, the duo did a similar survey on the WEH between Bandra and Dahisar and identified 83 potholes.