Mira-Bhayander: MBMC to get in-house fuel pump at bus depots

The transport authority, which consumes an average of 5,500 litres of diesel per day, expects to save around Rs. 36 lakh every year
Suresh Golani 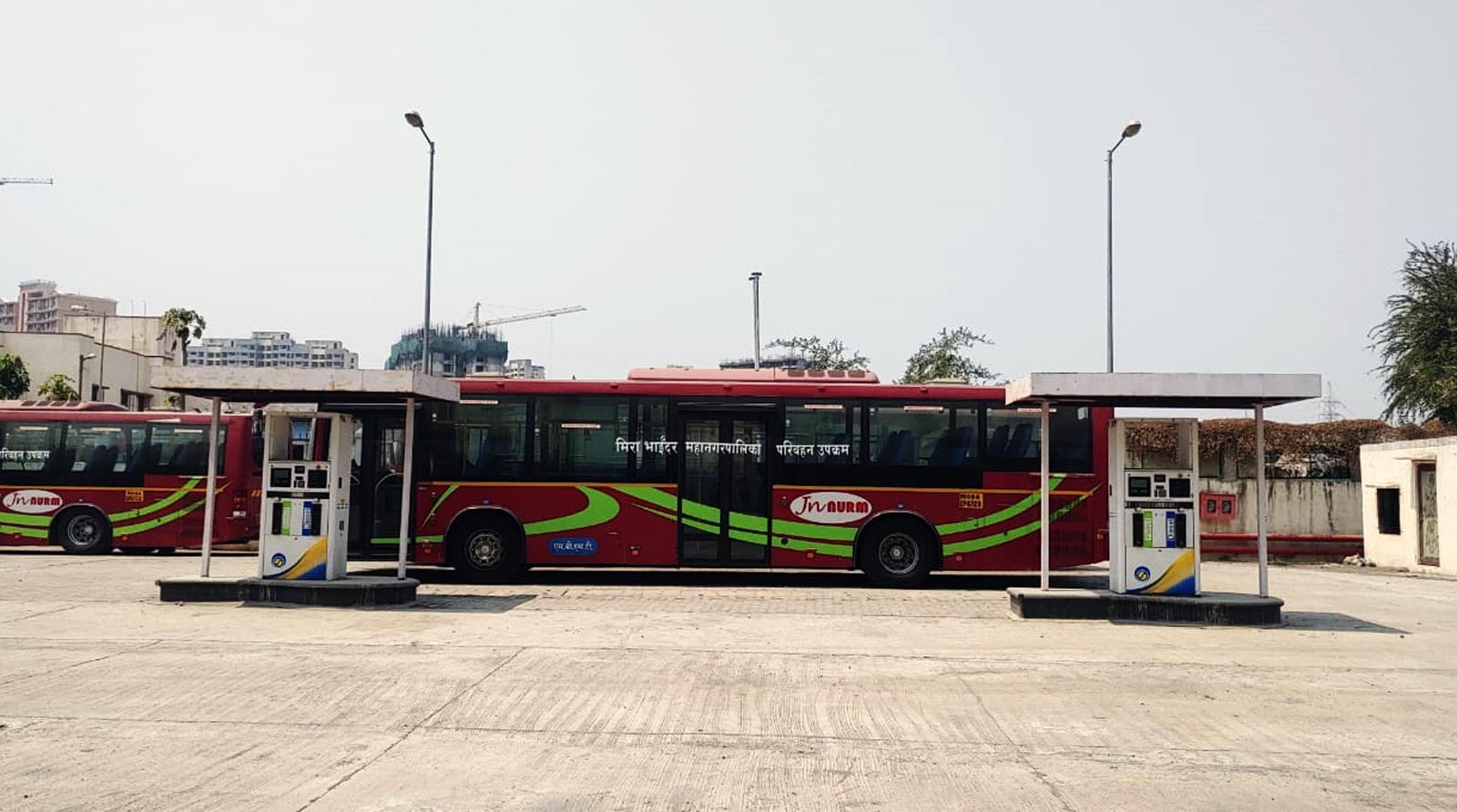 Buses operating under the aegis of the public transport authority of the Mira Bhayandar Municipal Corporation (MBMC) will no longer have to queue outside private fuel stations or wait for tankers, as the central government authorities have given its nod to the civic administration for setting un an in-house pump at its depot in Kashimira.

It was revealed during a meeting chaired by civic chief-Dilip Dhole to review the performance of the public transport system in the presence of transport committee chairman- Dilip Jain, deputy civic chief- Swapnil Sawant and Dinesh Kangurde.

To complete the procedure, the MBMC has to submit complete documents to the joint chief controller of explosives, Mumbai (west circle) before 31, December-2021, as per Petroleum Rules, 2002.

To start the pump early next year, the public transport authority has already set up the infrastructure needed to dispense diesel in an organized and safe manner.

Currently, 67 out of the 74 buses are plying on 18 routes with an average of 55,703 commuters using the facility daily. The transport authority, which consumes an average of 5,500 litres of diesel per day, expects to save around Rs. 36 lakh every year by filling the fuel tanks of buses from the in-house pumping station due to lower rates for bulk diesel as compared with retail prices.

This apart, from cutting down on manpower while saving time and overhead costs incurred while fetching fuel from private petroleum dealers, discussions were also held on topics related to the construction of bus shelters on a Build-Operate-Transfer (BOT) basis and tagging spots to set up CNG and Electric charging stations across the twin-city to reduce pollution.

Notably, the MBMC has asked the government to consider its demand for 100 electric buses (e-buses) under the second phase of the modified Faster Adoption and Manufacturing of Hybrid and Electric Vehicles (FAME) scheme.