After giving a free hand to the notorious plastic bag mafia in the twin-city, the Mira Bhayandar Municipal Corporation (MBMC) has finally cracked the whip against the illegalities.

Less than 24 hours after taking charge of MBMC’s public health department, deputy civic chief- Ajit Muthe launched an anti-plastic drive in the twin-city. More than 200 kilograms of banned packaging material have been seized during the raid and fines amounting Rs 40,000 were collected from the violators.

The MBMC team led by sanitary inspector- Anil Rathod also registered a police complaint against a biker who was found to be ferrying a huge quantity of plastic bags in the Hatkesh area of Mira Road on Friday.

After the ban was enforced in March 2018, the MBMC had formed 13 special squads each comprising five personnel led by the respective zonal sanitary inspectors who are been empowered to swoop down on erring establishments, seize the banned material and impose fines on the violators.

However, senior civic officials had conveniently overlooked the perennial menace of plastic bags plaguing the city. For the MBMC, a blanket ban on the use of plastic bags below 50 microns has largely remained on paper for the past couple of years. 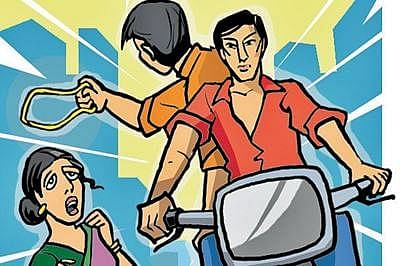