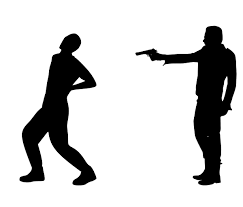 Dharmesh Shah, 43, the main accused shot Thakkar along with other assailants over a financial dispute between them. The incident took place near Suyash Plaza building compound around 10 pm, in Kalyan on July 31.

The crime branch team has so far arrested eight people involved in Thakkar's murder case. "Shah was arrested by Thane crime branch on Wednesday from Gujarat. All accused have been arrested under section 302 of Indian Penal Code for murder."

"Earlier, the crime branch arrested Jaipal Bhalsingh Dulgaj alias Jaypal, who allegedly fired a shot along with Dharmesh. Later, police arrested two more accused, Amjad Pathan, who is a history sheeter and Shah's younger brother Dhanraj Shah, who too is a history sheeter. We have also arrested Chetan Patel, 40, Dharmesh's friend, who is also one of the suspects behind the murder," informed senior official from Mahatma Phule police station, Kalyan.

"Gajanan Narvekar, 35, is the sixth accused in the case," informed police official from Mahatma Phule police station. While, the official denied to disclose the names of other two accused arrested so far by investigation team.