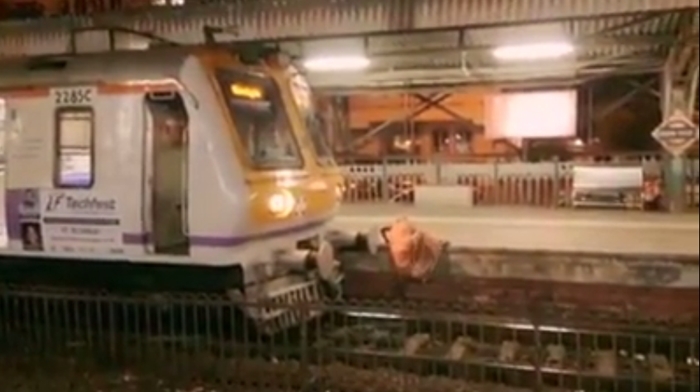 A woman commuter was allegedly sexually harassed by a man at Mira Road station on Wednesday evening. The woman approached the police, following which the police checked CCTV footage of the spot where the incident took place and managed to identify and trace the suspect. The police said the accused, who has previous criminal cases against him, was arrested on Thursday.

The arrested accused has been identified as Raju Pappu Yadav; he lives on a footpath in Churchgate area.

Ingawale said CCTV footage helped identify the man. He said, “The accused was caught after we laid a trap at the station. He has cases of robbery and molestation against him. He was produced before the court and was remanded to police custody till Saturday. He has been booked under sections 354(A) (sexual harassment) and 509 (word, gesture or act intended to insult the modesty of a woman) of the Indian Penal Code.”