Major fire breaks out in Mumbai's Andheri; no casualties reported

The fire call was escalated to a Level-IV and four fire fighting jets were pressed into operation. 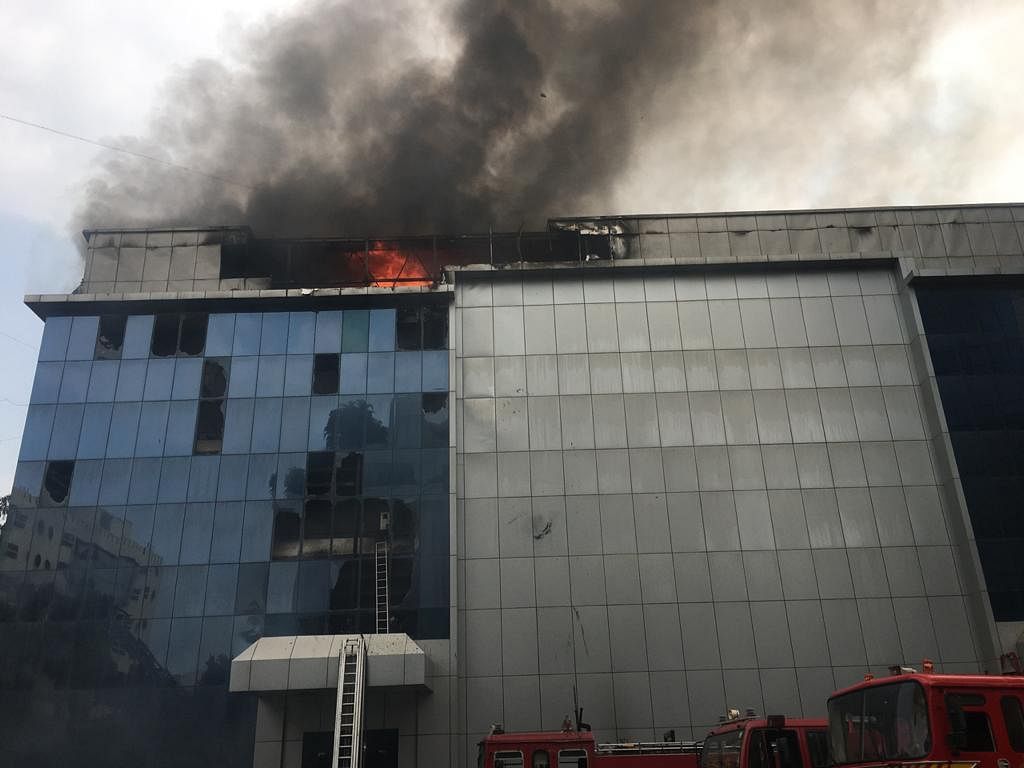 Mumbai: A major fire broke out in a commercial building located at Andheri MIDC area on Thursday afternoon. While fire fighting operations are on, no casualty has been reported yet.

According to the BMC's Disaster Management Unit (DMU) officials, the fire was reported around 11.40 am in the server room of Rolta Company building, located inside Rolta Technology Park campus on Street no 22 in Andheri MIDC, Marol.

A team from Mumbai Fire Brigade arrived on the spot minutes after being alerted about the mishap.

Due to the severity of the blaze, the fire call was escalated to Level-III at 12.34 pm and more fire fighters and equipments were deployed on-site.

The fire call has since been escalated to Level-IV.

Elaborating on the situation Mumbai Fire Brigade chief, Prabhat Rahangdale said, "The fire is confined to the server room located on the second floor of the ground plus three-storey building. Dense smoke has engulfed the structure and the staircase making it tough for fire fighters to carry on with the operations ."

“Four fire fighting jets are in operation, while fire fighters have been provided Breathing Apparatus Set as heavy smoke has filled the entire premises. Out teams are are trying bring fire under control simultaneously conducting search operations to rescue any person trapped in the building,” added Rahangdale who is also in-charge director of BMC s Disaster Management unit.

HomeMumbaiMajor fire breaks out in Mumbai's Andheri; no casualties reported