Ahead of Ganesh Chaturthi 2022, to be celebrated on August 31, the tallest Ganesha idol has appeared at 11th lane of Khetwadi, Mumbai. It has been setup by Sarvajanik Ganesh Utsav Mandal.

Mumbai: Khetwadi residents welcomed Maharashtra's tallest Ganpati of about 38-ft this year. The ''Mumbaicha Maharaja'' also known as "Khetwadi cha Lambodara" has been installed as an a effigy of Lord Vishnu's avatar Parashurama.

Ahead of Ganeshotsav 2022, to be celebrated on August 31, the tallest Ganesha idol has appeared at 11th lane of Khetwadi, Mumbai. It has been setup by Sarvajanik Ganesh Utsav Mandal.

The installation of the Ganesha idol has been credited to Murtikar Kunal Patil. Meanwhile, Mandal Adyaksh (President) Hemant Dixit was quoted in TOI, "...Parshuram eliminated 21 generations of Kshatriyas over the injustice meted out to his kin. But as he set eyes on Lord Ram, the honoured kshatriya after Ram broke the bow at Sita Swayamvar, he recognised him as a fellow avatar of Lord Vishnu and set down his parashu (axe). His mission ended then."

Khetwadi Ganraj is one of the most spectacular Ganesh statues in Mumbai. The mandal was established in 1959, but it found fame in 2000, after making the highest Ganesh idol in Indian history which stood 40 feet tall. The statue consist real gold jewellery. The plus point of visiting Khetwadi Ganraj is that there’s a Ganesh idol in almost every lane in the area. 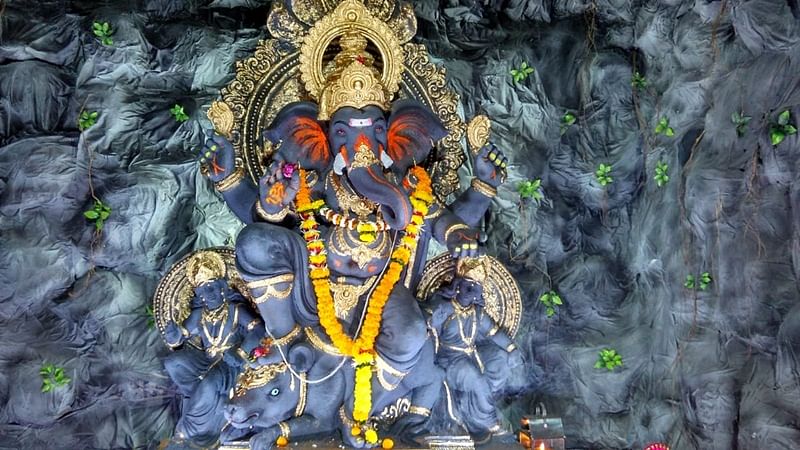