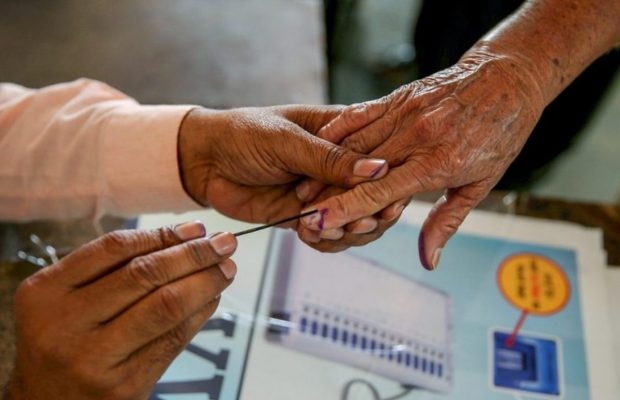 Polling was underway on Tuesday in 102 nagar panchayats in 32 districts of Maharashtra, with the election being held without the reservation for Other Backward Classes (OBCs).

The nagar panchayat seats in Beed are expected see a contest between supporters of BJP leader Pankaja Munde and her cousin and state minister Dhananjay Munde of the NCP.

Similarly, in Sindhudurg, the contest is likely to be between supporters of the Shiv Sena and BJP Union minister Narayan Rane.

The opposition BJP in Maharashtra won four of the six seats in the state Legislative Council polls held earlier this month.

The Maharashtra State Election Commission (SEC) last week said polls to local bodies from OBC reserved constituencies, which were scheduled for Tuesday, will now be held on January 18 and these seats will be converted as general category ones, an announcement coming two days after a Supreme Court ruling.

The elections to general, SC and ST seats in these local bodies will be held as per schedule on Tuesday, state election commissioner U P S Madan had said.

The Supreme Court last week directed the Maharashtra SEC to notify 27 per cent seats in the local bodies, which were reserved for the OBCs as general category so that the poll process can be taken forward.

The state government wanted the SEC to stay all local body polls till the OBC political quota was restored.

However, the apex court, while hearing an application filed by Maharashtra government seeking modification of a December 6 order, had directed the SEC to issue fresh notification for the 27 per cent OBC seats within a week.

In March this year, the apex court had said reservation in favour of OBCs in local bodies in Maharashtra cannot exceed an aggregate of 50 per cent of the total seats reserved for Scheduled Castes, Scheduled Tribes and OBCs taken together. Pune: Case against 3 for boycotting family over inter-caste marriage