Mumbai: The state government is giving a push to electric vehicles. As per the Draft Policy on Electric Vehicles 2021, a target has been set to convert 25% of BEST’s fleet to e-buses by 2025. However, this is already raising problems over who will supply electricity to the charging stations. A first such case came forth in front of the Maharashtra Electricity Regulatory Commission (MERC) which heard and dismissed it earlier this month.

The case involved power supply to charging stations at Shivaji Nagar and Malvani bus depots of Brihanmumbai Electricity Supply and Transport (BEST) that have been operational since January this year. In this case, Adani Electricity Mumbai Limited (AEML) approached the MERC on grounds that the BEST and Tata Motors approached Tata Power (TPC) for power supply although these two depots fell under AEML jurisdiction. Later AEML withdrew petition and MERC rejected the case.

According to details of this case, AEML raised the point that the BEST awarded the EV bus operation contract to Tata Motors that is setting up EV charging stations at Shivaji Nagar and Malvani bus depots, which falls under AEML area. They further stated that Tata Motors and BEST opted for the TPC network.

On April 19, the BEST replied to this case stating that Tata Motors was the successful bidder. "The operator is required to install necessary movable infrastructures such as charging infrastructure and equipment in parking space allocated by BEST. The decision for selection of distribution licensee has been solely of Tata Motors Ltd," replied BEST to MERC.

On the same day, TPC filed its reply stating that they haven’t developed any infrastructure beyond meters for HT feeder and that they laid down a 22kV HT service line at Shivaji Nagar depot. "TPC confirms that the alleged LT network referred by AEML in its petition, does not form part of TPC distribution assets nor capital expenditure is included. AEML’s submissions are erroneous and ought to be rejected," state TPC in its reply to MERC.

The officials from TPC told FPJ that they have been contracted to provide end-to-end charging solution which includes civil infrastructure, electrical infrastructure and chargers. “We are putting multiple ultra-rapid chargers of up to 240kwh capacity in these locations for charging the buses,” said TPC in its email.

Sources said that following this, AEML sent a rejoinder on April 26 wherein one of their points mentioned that they weren’t aware of any HT work of TPC at Shivaji Nagar depot. On April 27, there was an e-hearing that took place on this case where AEML and TPC debated over technical details.

The Commission finally came out with its analysis and ruling wherein it has mentioned that one of the bills issued by TPC to Tata Motors for EV charging station shows the consumer tariff as ‘HT VI-Electric Vehicle’…thus there is no violation of the principles and modalities laid down and then dismissed the case. 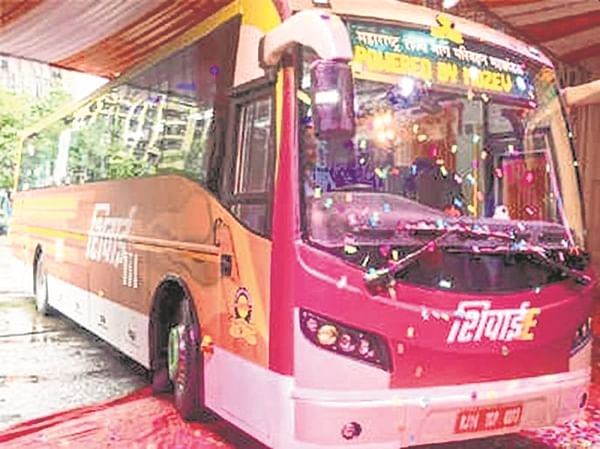