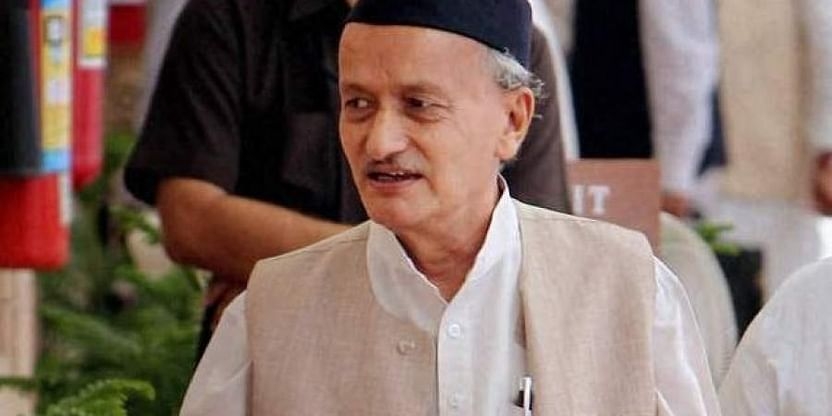 The Maha Vikas Aghadi government and the Governor BS Koshyari are engaged in a letter war over the assembly Speaker’s election slated for December 28. The state government on Monday received a setback after the Governor rejected its proposal for holding the Speaker's election through voice vote instead of secret ballot. Governor in his reply to the state government’s letter sent on December 24 said ‘’the amendments in the Maharashtra Legislative Assembly rules prima facie appear to be in violation of the constitutional provisions in the letter and spirit and in contravention to the well established legislative process.’’

‘’Thus, these far-reaching amendments need to be examined legally in consultation with constitutional experts,’’ said the Governor. Incidentally, the Governor, who had earlier asked the state government on when the Speaker's election will be held, has not given a date on which the election can take place.

However, the state government, which wrote first letter on December 24 and second letter on December 27, in a strongly worded letter dispatched on Monday made it clear that the ‘’The rules were amended as per the powers enjoyed by the Legislature.''

Hours after the Chief Minister Uddhav Thackeray, who chaired the state cabinet, the state government in a letter has made a fresh appeal to the Governor to clear its proposal for holding the Speaker's election. With today’s letter, the state government has strongly conveyed to the Governor that it was firm on conducting the Speaker's election through voice vote on Tuesday. The ruling MVA partners Shiv Sena, NCP and Congress will meet on Tuesday morning to take a final call. Incidentally, the five day winter session concludes on Tuesday.

The state government on last Wednesday had moved a motion seeking amendments to rules 6 and 7 pertaining to the elections of the Assembly Speaker and Deputy Speaker through voice vote instead of secret ballot. It was passed by the state assembly through a voice vote while BJP opposed the amendments.

BJP had pointed out that it would not be appropriate for the state government to proceed with the Speaker’s election when the party's 12 legislators were suspended in the monsoon session held in July for the period of one year. However, the state government had strongly defended its move. The Speaker’s election was necessary as the post has been lying vacant for over 9 months after the incumbent Nana Patole resigned to take over as the state Congress chief.

Patole announced that the Speaker's election will be held through voice vote on Tuesday. ‘’The decision taken by the legislature to hold the election of the Speaker by voice vote is not unconstitutional,’’ he noted.

Patole further said that the legislature has the power to amend the rules and the rules for the election of the speaker have been amended accordingly.

Earlier, Shiv Sena MP Sanjay Raut said it is mandatory for a governor to accept recommendations of the state cabinet.

Meanwhile, Congress has not yet announced the party nominee for the Speaker’s post. The names of Former Chief Minister Prithviraj Chavan, energy minister Nitin Raut and party legislator Sangram Thopte are doing the rounds. The tribal development minister KC Padvi's name was under consideration but he was today tested COVID 19 positive.