The rescued babies were shifted to a superspeciality hospital, and none of the infants were injured

Amravati: Twelve infants on ventilator support in the neonatal intensive care unit (NICU) were rescued when a fire broke out at 11am on Sunday at the District Women’s Hospital in Amravati.

"Hospital staff noticed smoke coming from the neonatal ICU and immediately informed the fire brigade. The newborns were rescued in time and a major tragedy was averted," a district official said. 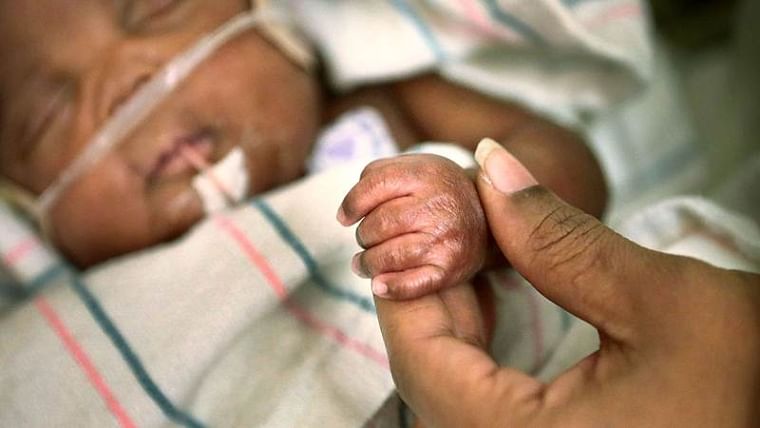 Fire tenders doused the blaze, which was apparently caused by a short circuit in one of the ventilators. The rescued babies were shifted to a superspeciality hospital.

"No infant was injured," the official said

On January 9, 2021, at least 10 newborn babies had died after a fire broke out at the neonatal care ward of the district general hospital at Bhandara.