The notification was today issued by the SEC secretary Kiran Kurundkar.

Even when the fate of restoration of the 27% political quota for the Other Backward Classes (OBCs) in local bodies hangs in the balance in view of the ongoing legal battle, the Maharashtra State Election Commission (SEC) on Friday announced time schedule for 4 Nagar Panchayats and 92 Nagar Parishads elections on August 18. The notification was today issued by the SEC secretary Kiran Kurundkar.

Kurundkar told the Free Press Journal, ‘’The notification was issued in compliance with the orders of the Supreme Court dated May 17 in which the court had directed the SEC to notify elections immediately in the districts/areas not affected by the monsoon. Thereafter, SEC conducted a massive study of historical data of rainfall of 50 years and actual rainfall data for the last 10 years in all the 36 districts and found that there are certain areas/districts which get rainfall of less than 200 mm per month during the monsoon period. This was confirmed by IMD.’’ He further said that the local bodies which are selected for elections are from such districts/talukas which show rainfall below 200 mm per month during the last 10 years.

However, the district collectors have been directed to keep a watch on monsoon conditions and report immediately and the occurrence of natural calamities like excessive rains and floods to modulate the actual poll schedule.

‘’The elections which have been announced today are from parts of Western Maharashtra, Marathwada, North Maharashtra and Vidarbha,’’ he said.

As reported by the Free Press Journal, the SEC on June 29 had already announced that the general elections for 271 gram panchayats in 62 talukas will be held on August 4 in the absence of OBC quota. Accordingly, the code of conduct has been put in place from Tuesday. The counting of votes will take place on August 5, apprised SEC chief P S Madan. 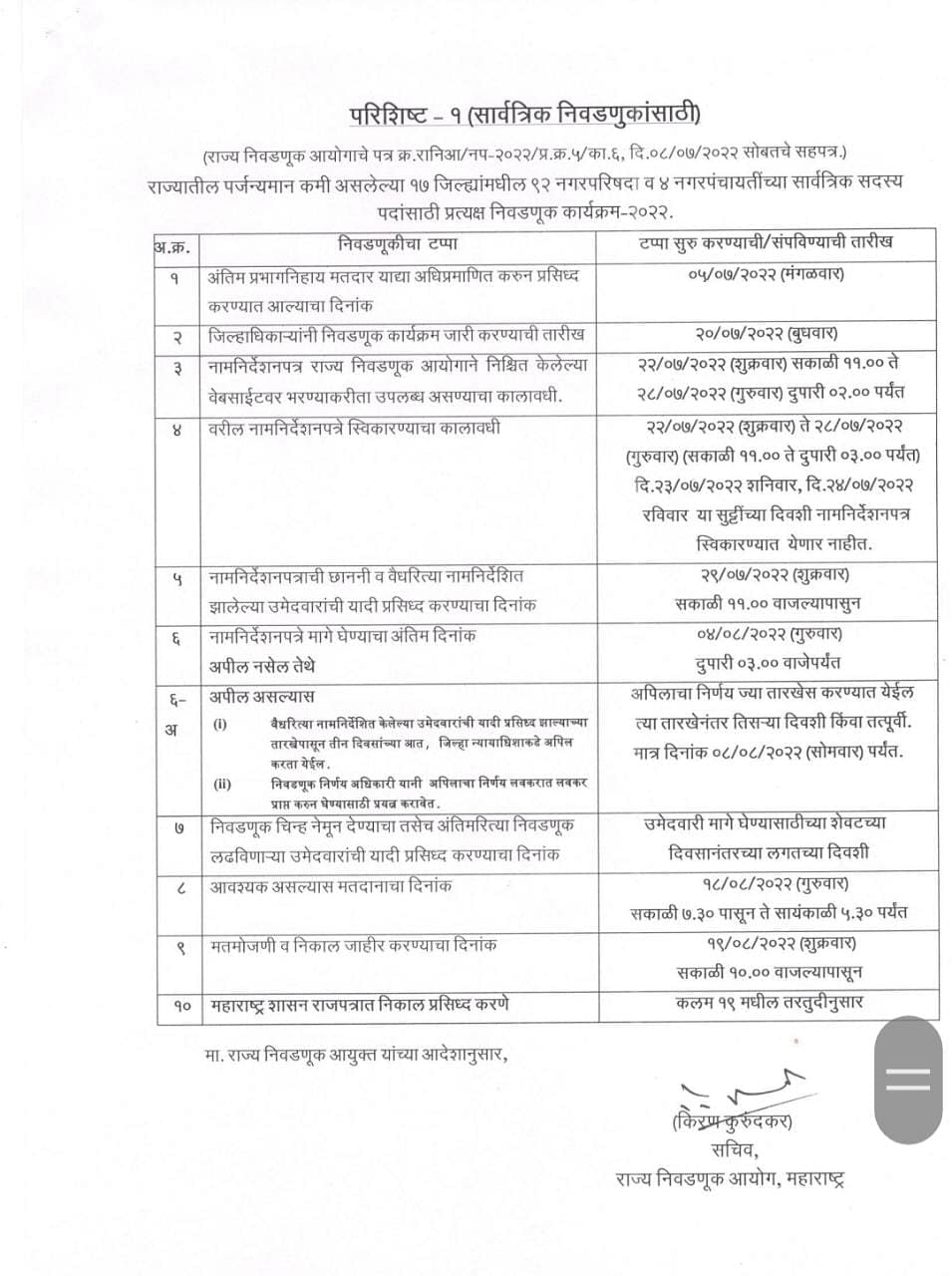 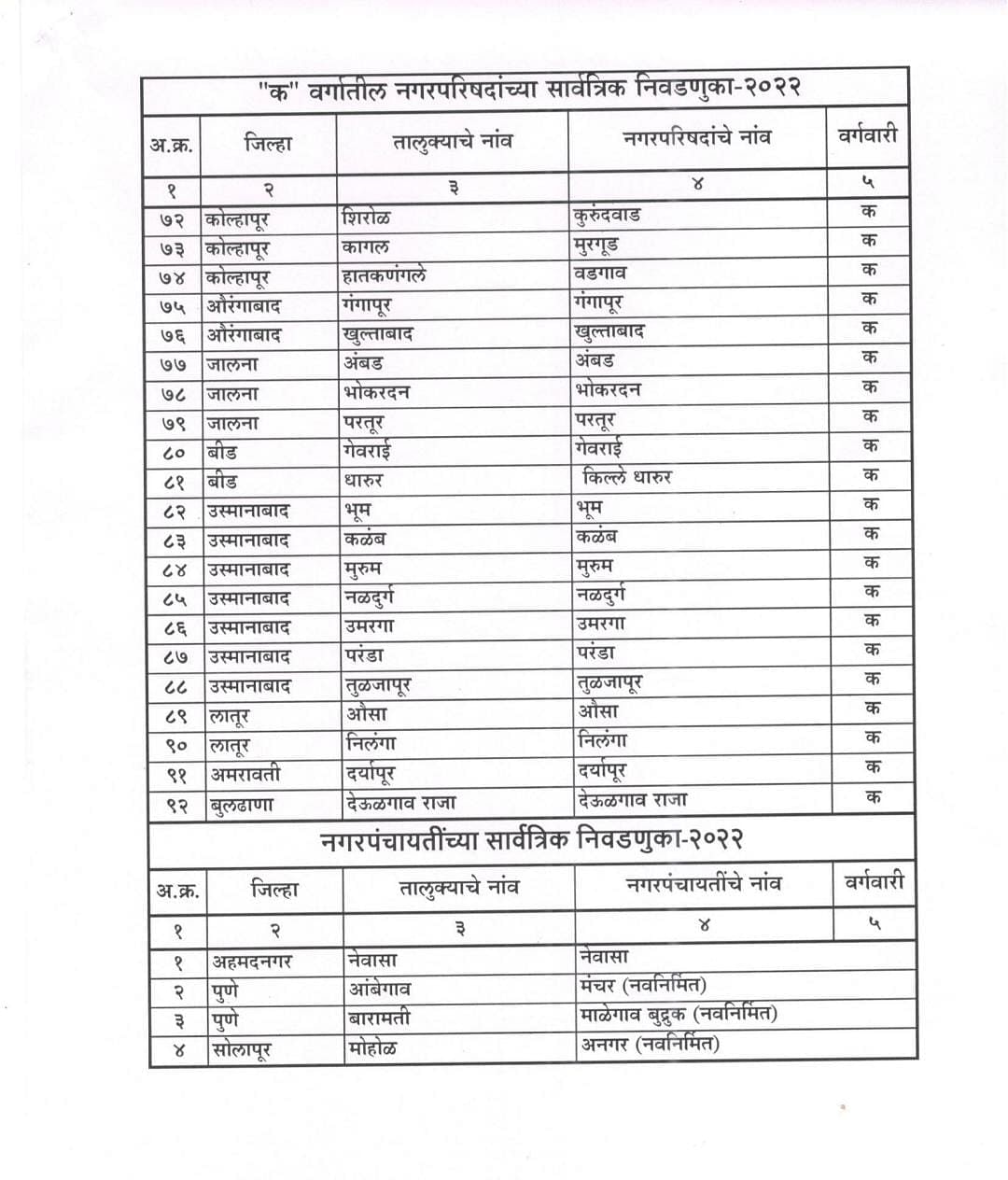